17 Different Types of Ties for Men

Here’s a comprehensive list of the various types of ties you can wear. A necktie is a long cloth worn by males to accent their suits or formal attire in a familiar environment.

Women can also wear the necktie for the same reason. There have been many different neckties for many various events over the years.

Other professions regard a suit and tie as the unofficial uniform, and neckties have become an essential aspect of formal office dress in some circumstances.

Ties are typically worn over a shirt’s top or collar button, resting on the button and sheltered beneath the collar.

Wearing a tie distinguishes you from the crowd and shows that you have made an effort for the occasion. A tie is required to present yourself with grace and professionalism in a formal situation.

Different occasions call for different types of ties. Step up your fashion game by ditching the single tie you’ve been wearing for every occasion.

Make your closet more intriguing and enjoyable by wearing a variety of ties. Prepare yourselves because we’re about to learn everything there is to know about the different types of ties available.

So, please read on;

The most popular necktie is the apron necktie. It consists of an extended length of cloth with pointed ends, one of which is longer and broader than the other.

There are different knots that You can tie with a tie, some of which are more frequent or acceptable in formal contexts than others.

The Windsor or Half-Windsor knot, popularized by the Duke of Windsor in the 1920s, and the Persian knot, or the plain four in hand knot, are two of these patterns. Also, Apron neckties are typically worn with formal suits and come in various forms and sizes.

The Ascot necktie is always worn under the dress shirt but also over the undershirt. It is knotted multiple times and covers a substantial section of the throat line below the chin.

It’s worn, looped over the head, and secured with a scarf pin. Ascot neckties are more colorful than Apron neckties and are considered luxury clothing, not appropriate for the workplace. This is one of the different types of ties.

Bowties are symmetrical ties that are significantly smaller than neckties and are symmetrical. They have a narrow midsection and large ends. They’re tied together to form bows with a knot in the middle.

They are worn at formal meals, ceremonies, and celebrations that need a high level of formality. Also, they’re typically paired with tuxedos.

The bowtie is a playful alternative to the necktie that You may wear in various contexts ranging from galas to balls to cocktail parties. In the Southern states, You might wear it with a seersucker suit.

See also  What to Wear on Christmas Day?

For meetings and official work, this essential and professional necktie is ideal. These ties are expertly crafted and will make you appear well-dressed.

Depending on the suit and shirt you’re wearing, choose different colored ties. Allow your tie to blend in with the rest of your attire instead of sticking out like a sore thumb.

A diagonally striped tie can be used in a formal professional setting, but it should be in darker colors with exceedingly fine lines.

Furthermore, take out your paisley prints for weddings and celebrations to brighten your look. Also, wear your checks over otherwise plain clothing to give texture to your ensemble.

A Bola or Bolo tie is a necktie composed of braided leather or rope with metal tips on both ends. It is frequently fastened with a metal or plastic clasp.

You can also tie it beneath the collar to hide the collar button. These ties are commonly thought of as jewelry and come with various fancy clasps and pins.

You can use bottle openers, refrigerator magnets, valuable coins, clips, and other items to make bola ties. Furthermore, they are typically considered casual or informal garments to be worn at joyful events rather than formal meetings.

However, since the 1940s, when the Bola tie was first introduced, the stigma associated with wearing it at formal events has faded, and it is now regarded as more or less traditional clothing.

It became trendy in the 1970s after it was designated as the official neckwear of Arizona, New Mexico, and Texas in 1971.

The latter two have also signed laws making the neckwear legal in their respective states. Gold-pandering baby boomers have worn them, and they’ve even become work-appropriate in the United States’ north.

A cravat is a necktie that is the forerunner or progenitor of today’s necktie and bowtie. You passed it down through the military from individuals who wore it in the seventeenth century.

It’s more of a neckband than a tie, and it encircles the entire neck. It’s created out of material that can be wrapped around the neck or tied into a bowtie.

The Cravat, on the other hand, was usually kept plain and worn more as a decoration or a symbol of richness than as a formal uniform.

Also, it was only available to kings and generals. Its appearance is remarkably similar to that of the Ascot. This is one of the different types of ties.

The sailor tie evolved from sailors’ habit of tying their scarves or handkerchiefs in a knot. It’s a black silk handkerchief or scarf folded diagonally worn under the sailor’s collar.

It can be tied in a sailor knot or pulled in through a blouse strap. Although it is not part of the sailor uniform, it has become linked with sailors due to its frequent use in musicals, ads, and cartoons.

They’re cool, hip, and fashionable! Neckerchiefs are a simple way to add interest to your regular outfit.

These ties wrapped around your neck give off an edgy image of whether you’re going bar hopping with buddies or going on a road trip.

Furthermore, pair a neckerchief with a round-neck t-shirt and a blazer for a casual yet fashionable look. Also, a neckerchief in your closet would do good for your fashion game because it’s easy to obtain and secure.

The string tie is a narrow necktie, usually black, no more than an inch broad. It’s worn in the same way as a bow tie, but the opposing ends of the tie are left hanging significantly lower, sometimes reaching the suit’s lapel.

The Southern Colonel tie, also, the Sherriff’s tie, and the Bootlace tie are some of the other names.

The bowtie style worn by Colonel Sanders, the original inventor of the fried chicken dish, is most famously featured in the KFC emblem. This is one of the different types of ties.

Western bow ties are a spin-off of traditional bow ties. In the Southwest, these are relatively popular. On the other hand, other places may find it excessively informal and unsuitable for any formal or official attire.

When equestrians ride in a show ring hunt field, they wear hunting stock ties. They’re worn by folding them over once to fill a jacket’s neckline. With the help of decorative pins, the two ends are connected.

A clip-on tie is a necktie or bowtie that has been pre-tied and only has to be attached to your shirt collar with a hook or a clip.

If you don’t want to try dressing up and tying the perfect knot, this is the tie for you. Furthermore, In the case of bowties, there may be a band around the neck with a hook and eye closure.

Many people wear clip-on ties because regular neckties irritate them, and others wear them out of necessity since they cannot tie ties properly.

Furthermore, Some persons with impairments also use them to make their lives easier. Some security guards have trouble putting on a necktie and just going with the clip-on.

A Seven-Fold tie is fashioned from an outer cloth folded seven times. It is skinny and unlined. Under certain circumstances, it can even multiply seven times.

This is why it doesn’t need to be lined; it has an unusually thick finish and feels compared to a conventional tie.

See also  20 Different Types of Jeans for Male and Female

The seven-fold tie is a time-consuming piece of clothing to construct, taking three and a half hours. Furthermore, it is a relatively uncommon tie because it is so thick and requires so much fabric and effort.

The Kipper tie is a tie with a comprehensive one end and a thin one on the other. The tie is frequently made to stand out visually with bright colors and patterns.

During the 1940s, these neckties became trendy, and they were seen as part of a bold appearance worn by World War II veterans. They were also interpreted as protests against the austerity measures imposed during the conflict.

Furthermore, Kipper ties resurgence in the 1960s and 1970s, and Michael Fish, a designer based in Piccadilly Circus, created a Kipper Tie in 1966. Also, it was a hit in the mid-1990s when 1970s fashion resurfaced for a brief while.

A skinny tie is a necktie with a much thinner primary end than typical. It’s closer to 1.5 to 2.5 inches wide than a standard tie front end, which is 4 to 4.5 inches wide.

Skinny neckwear is quite stylish for casual situations. However, it is not appropriate for official gatherings or the workplace.

Skinny ties are typically associated with hipster fashion and do not fit into more classic or traditional dress situations.

Slim or slim ties are more often associated with new age looks and style than conventional necktie sensibilities. Wearing a skinny tie to a law firm interview or a business meeting is inappropriate.

On the other hand, a slim tie is considerably more appropriate and fashionable for a press junket, a product launch, or a party following an awards event. This is one of the different types of ties.

Women wear upcycle trend neckwear, which is usually more decorative and colorful than traditional men’s ties. It’s traditionally made of various fabrics and embellished with a variety of patterns and styles.

It is frequently knotted in the conventional method and has leather, stone, or button embellishments. Other knots can be used to reflect the season or the colors you’re trying to match, but most upcycle fashion neckwear is worn in a classic method.

This style of neckwear grew popular in the 1960s and 1970s, and it formed part of the standard work uniform for women, particularly secretaries and stenographers. This is one of the different types of ties.

Furthermore, today’s neckwear is mainly made of recycled fabric and comes in various designs and patterns, depending on the season and current fashion trends.

Women still choose to wear them over tops and pantsuits, and shirts. Also, they are available in practically every color and, in some situations, are considered premium commodities. 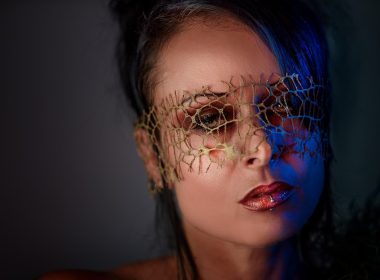 Read More
FFashion
This article takes us through the different types of lip piercings. Lip piercing is done for various purposes… 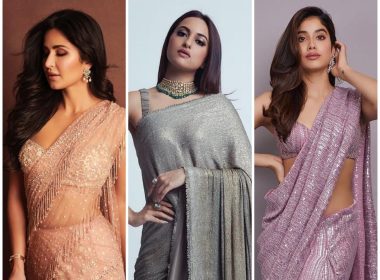 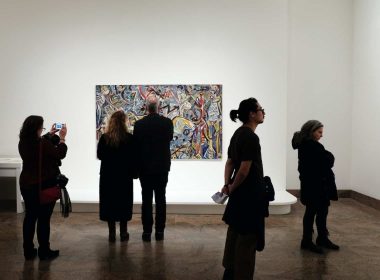 Read More
FFashion
Choosing what to wear to an art gallery can sometimes seem difficult, especially when you have many options.… 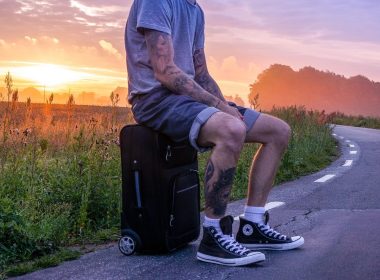 Read More
FFashion
A few decades ago, different types of shorts were considered inappropriate or rather daring clothing for women. However,… 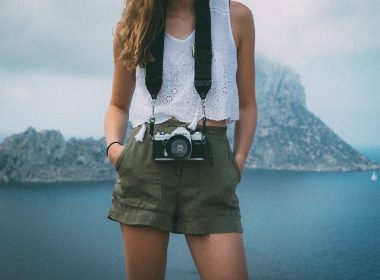 Read More
FFashion
Women’s shorts are an important part of every woman’s wardrobe, as they add flair and personality to an…