What’s the Difference Between Sea and Ocean?

Water bodies are accumulations of water on the Earth’s surface. We call this term sea, ocean, and so on.

This is why it is essential to understand the difference between sea and ocean. And it will help us dispel many misconceptions.

Most of the Earth’s water is stored in its oceans, seas, and bays, which account for 96.5% of the 1.36 billion tons of water.

On the other hand, seas are smaller bodies that partially surround the land. In the most general sense of the word, the difference between sea and ocean is often used interchangeably to refer to a large body of salt water that covers most of the Earth.

But technically, the ocean is one of the major five divisions(or seven) of this expanse (like the Atlantic and the Pacific).

At the same time, the sea is a smaller part of it (like the Mediterranean and the Caribbean), usually, one that is somehow delineated by smaller landmasses that are spread all over the globe.

We can learn their differences when we take a closer look at the difference between sea and ocean in terms of depth, surface area, and marine life.

We will discover bays and gulfs disguised as a sea, and we will even discover lakes that are called seas and which are not.

What Is The Ocean?

When people say ocean, they usually mean “an enormous body of salty water that covers almost three-quarters of the Earth’s surface.”

You can imagine this as big boundless water in which the continents are islands. They are bigger than the sea and deeper.

In addition, the movement of ocean currents affects the climate around the world.

The world’s oceans, as they are sometimes called, provide at least half of the planet’s oxygen and store about 50 times more carbon than the atmosphere.

The oceans also affect the Earth’s climate through the constant transfer of heat from the equator to the poles. Evaporation from the surface of the ocean brings rain to most of the Earth’s surface.

We have divided this vast expanse, the oceans of the world, into parts, roughly based on the position of each part between the continents.

Each of these parts is also called the ocean, and each has a particular name:

Due to the width and depth of the ocean, you will usually find microscopic plankton, bacteria, and shrimp.

What Is The Sea?

In general, when people say sea, they usually mean the same thing as the ocean: a huge associated body of salty water that covers most of the planet.

More precisely, the sea is “the division of those waters, of considerable extent, more or less sharply delimited by land boundaries.”

In this sense, in the difference between sea and ocean, the distinguishing feature of the sea is often that part of the ocean that is bounded in some way by land, usually smaller landmasses, unlike entire continents.

Some well-known large seas that fit this definition include the Mediterranean Sea, Caribbean Sea, Arabian Sea, South China Sea, and Red Sea, among others.

Some bodies of water are completely surrounded by land but are large enough to be considered seas, such as the Black Sea.

Not all water bodies can be classified easily, and there are exceptions and deviations. The relatively calm part of the Atlantic Ocean, known as the Sargasso Sea, is not bounded by any land but is defined by its position between ocean currents.

Not all bodies of water that are technically considered seas in their name have the word sea. The Bay of Bengal and the Gulf of Mexico meet the criteria to be regarded as seas. Hudson Bay is considered an inland sea.

And, confusingly, not all bodies of water with a sea in their name are actually a sea. Saltwater lakes include the Dead Sea and the Caspian Sea. The Sea of Galilee is a freshwater lake.

Additionally, you will find an abundance of marine life in the sea as it is closer to land and shallower than the ocean.

See also  What Are the Pros and Cons of College?

It is, therefore, the perfect habitat for marine life. In addition, the temperature and position of the sea determine the marine life that inhabits this sea.

In the world, there are more than 50 seas. Why then do we frequently hear that there are seven?

What Are The Seven Seas?

However, it has meant different things throughout history. Many geographers and historians believe that the Seven Seas was a historical term for dominant trade routes and regional bodies of water in the ancient world.

The definition of what these seven seas are has changed over time. The term is believed to have supposedly first appeared in the 2,300 BC Hymn 8 of the Sumerian Enheduanna to the goddess Inanna.

The ancient Greeks named the seven seas as they were commonly called the Indian Ocean, Black Sea, Caspian Sea, Adriatic Sea, Persian Gulf, Mediterranean Sea, and Red Sea. But this probably varied in different parts of the world where different bodies of water were known.

Why the Sargasso Sea is Considered a Sea Even Without a Land Boundary?

The Sargasso Sea is a sea in the open ocean. It is said to be the only sea in the world without a land border.

What makes the Sargasso Sea a sea of ​​ocean currents? Located along the east coast of the United States, the sea lies within the subtropical circle of the North Atlantic.

The Sargasso Sea is named after a floating seaweed called Sargassum. This species of seaweed is “holopelagic,” which means that it reproduces in open waters rather than on the seabed.

The Sargasso Sea is a spawning spot for endangered and threatened eels, as well as the white marlin, porbeagle shark, and dolphinfish.

How to Use Ocean Vs. Sea?

In the most general sense, sea and ocean are often used interchangeably to refer to the vast body of salt water that covers most of the planet.

The technical difference between sea and ocean used for geographical purposes is that the ocean is one of this water’s five (or seven) divisions.

While the sea is a smaller part of the ocean, most often bounded by land d one way or another. People are much more likely to call a particular ocean a sea than a particular sea an ocean.

Both terms are commonly used in terms and compound words such as seasides, ocean shore, seawater, ocean liner, seascape, and many more.

These terms are typically used in the general sense of the term or refer specifically to nearby bodies of water.

Ocean and sea can also be used figuratively to refer to vast expanse, as in a sea of ​​people, or large amounts, as in an ocean of possibilities. The sea is perhaps most commonly used in poetic forms.

More Differences Between Sea and Ocean

More About The Ocean

The oceans don’t have as many aquatic plants because of their depth. Sunlight doesn’t penetrate deep enough.

Therefore, photosynthesis cannot take place in plants. In addition, most of the oceans are used for industrial purposes—for example, the extraction of natural gas, crude oil, and more.

Yes, diving into the ocean in a submarine is very dangerous. But it gives us crude oil and a lot of natural gas. Moreover, the oceans are what geographically divide our countries.

More Details About The Sea

The sea is not so deep, which allows the penetration of sunlight, and allows photosynthesis to take place in plants.

That’s why we have so many aquatic plants there. The sea has various commercial uses, mainly for the fishing industry.

Additionally, the beaches are great tourist destinations that allow people to enjoy cruises, speedboats, and jet skis for navigation.

They are also perfect for events such as parties, weddings, and water sports. In addition, we use it to generate hydroelectric power.

Moreover, you will find that they are more useful than the ocean. We get salt from it, and it also controls the Earth’s climate through evaporation and condensation. Finally, all the seas are oceans which eventually merge with the oceans.

Examples of the Difference Between Sea and Ocean Used in Sentences 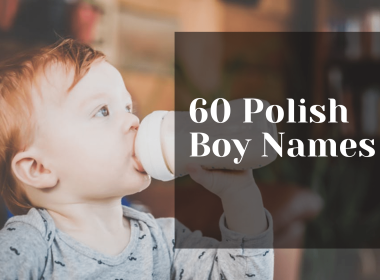 Read More
PParenting
If you’re looking for a name for your son, it’s a good idea to take a look at… 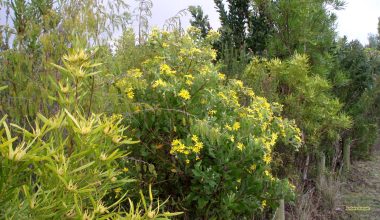 Read More
GGardening
Africa, being one of the largest continents in the world, has a lot of natural resources. This includes… 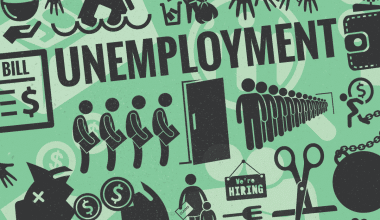 Read More
Unemployment isn’t defined as a single determinant. It’s characterized instead as having different types of unemployment and definitions.… 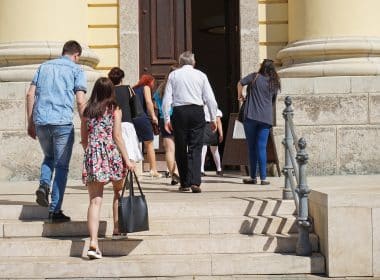