What Does an Inverter Do?

People often see inverters in homes and offices. Inverter devices are widely available in malls and online stores. Customers buy them because they are known for their energy efficiency.

But the commercials, even the customer representatives, do not explain what the inverter does. So what does an investor do, and how does it work?

Today, almost all household appliances and other major electrical equipment and devices can be powered by an inverter. In the event of a power outage, an inverter is extremely useful as an emergency power backup unit.

And if fully charged, you will still be able to use your lights, TV, computer, kitchen appliances, power tools, and other electrical conveniences.

And of course, this will also depend on the type of inverter used, especially one that is designed or recommended to power a combination of equipment, fixtures, and high power consumption appliances.

Description of an Inverter

An inverter is basically a compact rectangular piece shape of equipment that is usually powered by a combination of batteries connected in parallel or by a single 12V or 24V battery.

These batteries can be charged by automobile engines, gas generators, solar panels, or any other conventional power source supply. Without further ado, let’s get to what does an inverter do?

What Does an Inverter Do?

The inverter is one of the essential pieces of equipment for the solar energy system. Inverters can also be called AC Drives or VFD (Variable Frequency Drive).

These are electronic devices that can convert Direct Current (DC) from a battery to conventional Alternating Current (AC) power that you can use to run all kinds of devices.

Simply directly connect the inverter to the battery and connect your AC devices to the inverter… and you have your portable power… wherever and whenever you need it.

The main function of the inverter is to convert direct current (DC) to standard alternating current (AC). That’s because while AC is the power supplied to industry and homes from the power grid or public utility, batteries in AC systems only store DC.

In addition, almost all appliances and other electrical equipment and accessories operate exclusively on alternating currents.

In DC (direct current), electricity is held at a constant voltage in one direction. While in AC (alternating current), current flows in both directions in a circuit as the voltage changes from positive to negative.

Inverters are merely just one example of a class of devices called power electronics that regulate the flow of electricity.

The inverter is also responsible for controlling the speed and torque of the electric motor. Electric motors are found in most of the devices we use to work, such as small electronics, transportation, and office equipment.

These motors need electricity to run. Matching the motor speed to the required process is essential to avoid wasting energy.

In factories, waste of energy and materials can endanger operations, which is why inverters are used to control electric motors, which increases productivity and saves energy.

How Does An Inverter Work?

The inverter is powered by a 12-volt battery (preferably deep cycle) or multiple batteries connected in parallel.

The battery will need to be recharged as the inverter draws power from it, and it can be charged by running a gas generator, automobile motor, solar panel, or wind turbine. Or you can use a battery charger connected to an AC outlet to charge the battery.

The AC drive works between the power source and the electric motor; power enters the AC drive and then regulates it. Then the regulated power is then sent to the motor.

Before the motor receives the regulated power, it undergoes a process inside the AC drive. Input power is sent to the rectifier, and AC voltage is converted to DC voltage.

The DC intermediate circuit smoothes the DC voltage. It then passes through an inverse conversion circuit to convert the DC voltage back to AC voltage.

This process allows the AC drive to adjust the frequency and voltage supplied to the motor according to the process requirements.

The motor speed increases when the output voltage has a higher frequency. This means that the motor speed can be controlled via the operator interface.

The first inverters which were made in the 19th century were mechanical. A rotary motor would, for example, be used to switch continuously whether the DC source is connected in forward or reverse.

In recent times, transistor-based electrical switches and solid-state devices with no moving parts have been in use.

Transistors are produced from semiconductor materials such as gallium arsenide or silicon. They control the flow of electricity in response to external electrical signals.

If you have a solar home system, your inverter probably performs several functions. In addition to converting your solar power to AC power, it can monitor the system and provide a portal to communicate with computer networks.

Solar and battery storage systems rely on advanced inverters that operate without grid support in the event of an outage if designed to do so.

True sine wave inverters were being developed to replicate or even improve the quality of power supplied by the mains of the power grid or power utility.

As opposed to that, modified sine wave inverters are much cheaper. They can power a small or limited number of appliances and accessories, for example, kitchen appliances, lamps, and small power tools.

However, this type of inverter may not be able to power energy-intensive equipment and appliances, such as computers, microwave ovens, air conditioners, heaters, and laser printers.

General Advantages and Disadvantages Of Inverters

Businesses and regular consumers are looking for means of energy savings. This has promoted the development of inverters in standard household machinery and appliances.

Inverters are hidden and stored in rooms with adequate ventilation. However, they play an essential role in energy saving. The ability to precisely control office devices on demand can significantly reduce energy consumption and waste production. 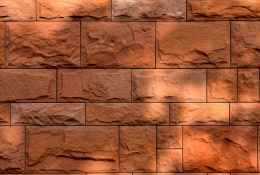 10 Different Types of Brick Use in Construction

Different types of brick are used regularly in commercial, industrial, and

In every plumbing work, there must be a pipe/pipes 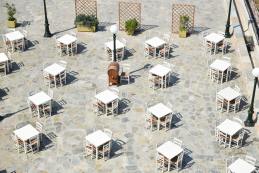 This article will discuss the different types of tables for your home, including