89 Viking Boy Names and Their Meanings

First names are essential to who we are, even if we don’t realize it. They tell us where we come from and what other people think of us. And how we see ourselves as members of our societies.

And the Vikings had their naming conventions, so it’s worth looking at how they were assigned, why they chose specific names for their children, and the meanings behind them.

Hopefully, by the end of this article, you’ll know the most famous Viking boy names. And what they mean!

Aren is one of the most accessible Viking boy names to adopt if you’re in the Western world. Because it sounds very similar to Aaron. The title reflects royalty and strength, which sometimes means “Eagle,” too.

Harald is the old Norse version of the name Harold. It is Made up of the terms Valder (leader) and Har (Army).

Essentially, the term means the leader of a mighty army or group. Harald peaked in popularity in Norway. Thanks to Harald, the King of Norway who took the throne in 1991.

If you’re familiar with Swedish history and pop culture, then you probably know the name Bjorn already. This is the name of the guitarist from ABBA. Bjorn is one of the most common Viking boy names for men today, meaning “Bear.”

It began to gain more popularity again in the 2010s, with plenty of people rediscovering the name.

This name comes from an Old Norse word for “to help.”

Ake is a Swedish and Viking name from the word “ancestor .”Usually, this name pays homage to an essential forebear in the family and maybe a way to show respect to your ancestors. The term “Ake” sometimes converts to “Aki,” too.

Asger is composed of the Old Norse elements for “god” and “spear.”

This fierce Scandinavian name translates to “edge of a sword.”

This Nordic name means, “God is my protector.”

Havelock is a bit of an odd name for Viking boy names. It translates to “sea competition.”

So this means that this name often appeared to describe children whose families were connected to the sea through exploration and fishing.

Dusty is an informal version of the quickly anglicized Norse name Dustin. It means “brave warrior.”

A little creepy compared to some of the other Viking boy names we’ve covered. Kol often references the dark.

However, the term can also mean “victory of the people” or victory through dark times. Kol also has the common spelling variations of Kole and Cole. So you may have seen it in different forms around the world.

Torsten is an offshoot of the Norse name Thurston. It means “Thor’s stone.”

This popular Norse name means “clever, wise.” It is pronounced similar to The Lord of the Rings’ Frodo.

Ketil comes from the Old Norse word for “kettle, cauldron.”

Elof means “sole heir.” This Norse name is perfect for any only child.

One of the more powerful Viking boy names on this list. Gustav or Gustaf is a male name that’s Swedish and Viking in descent. This name means the Goths, Geats, or weapons of the Gods.

Also, it’s a title common enough today that you’ve probably heard of it before now. But it’s more common in Nordic countries.

Interestingly, the name Bo doesn’t come from a traditional Viking forename so much as a nickname, which meant “to live .”This nickname referenced people who got the most out of life, or it could be a reference from someone who stayed in one place throughout their lives rather than traveling and exploring.

The name became popular again in the early 2000s, with the rise of people like Bo Burnam and Bo Jackson.

Heirleif is derived from the Old Norse word for “descendent, heir.”

In the Viking age, many people named their sons Ulf. It translates to “wolf.”

An appealing option for those interested in Nordic male names. Leif is a title and one of the Viking boy names that usually means heir or successor.

Moreover, this title has been around for some time, both in the US and in history books. Because of Leif Ericson, who some people believe discovered America before Christopher Columbus.

Thor is probably the best-known of all the Viking boy names – for a good reason. He was coming from the Norse term “Thunder .”Thor was the god of strength, storms, and thunder and was the son of Odin.

Similarly, this mighty name has been gaining more popularity in recent years due to its presence in popular culture.

This is probably a name you haven’t always associated with the Vikings and is usually derived from words like Olivier and Olaf. Oliver is a common title that means descendent or warrior of the elves.

More so, the title is still trendy around the world today. However, most people aren’t familiar with its Scandinavian roots.

Einar is an Old Norse name that means “one who fights on his own .”This fierce moniker is perfect for the little warrior in your life.

Alva is an offshoot of the typical Norwegian name Halvar. It means “flat stone.”

Sven is a well-known Danish name. It means “young warrior.”

Coming from Danish origin, with Old Norse heritage, Soren usually means severe or stern. Soren is pretty standard in Scandinavia, a title that’s often gentler than you’d expect. But it doesn’t have a massive base in the Western world yet.

Gunne is a derivative of the Old Norse Gunnar. The name translates to “brave warrior.”

Perhaps the name with the most sovereignty on this list, Erik, stands for “eternal ruler .”We see more than the standard “Eric” in other parts of the world.

About history, this Viking spelling describes a Viking explorer with tremendous bravery and strength. The name often harks back to renowned Viking leader Erik the Red.

Erland is one of the most elegant Viking boy names, with various meanings and origins. Most people believe that the name Erland comes from “Erland, ” meaning foreigner.

However, Proto Norse words could indicate that “Erland” also stands for importance. And dedication.

Finn usually means white or fair and was often used in Viking boy names. To refer to someone with light skin and hair. Finn is also more popular in the Western world, where it has various spellings, including Fynn.

Hackett is a rare European name with Nordic roots. It means “little hewer of the woods.”

Odin was the father of the Norse gods and ruler of war and wisdom. This impressive Scandinavian name is a bold and beautiful choice for any baby boy.

In Norse mythology, Bragi is the god of poetry.

Sigurd is commonly used throughout Norway. It translates to “guardian of victory.”

This name translates to “Ing’s wolf.”

Dag is a Norwegian name and one of the Viking boy names that mean “day.” Some lucrative alternatives with the same meaning include Dagf, Dagr, and Dagur.

In the Viking age, it was considered one of the Viking boy names. Many men went by the name Sten. It translates to “stone.”

Ask was the first man created by the Norse gods. He and his wife Embla are the Norse equivalents to Adam and Eve. Ask means “ash tree.”

Alvis comes from the Old Norse word for “all-wise.” Alvis is also a character from Norse mythology. He is the dwarf that marries Thor’s daughter.

Loki is a name that most people already feel familiar with due to the Marvel movies. And plenty of great literature. The term for the god of mischief and destruction in Norse, Loki, refers to a trickster.

This well-known Norse name was made famous by singer Elvis Presley.

Kåre is a Viking name that’s ideal for any curly-haired babe.

This is one of the rugged Viking boy names. It means “giant.”

Thorsen is a more formal-sounding alternative to Thor.

The Nordic name means both “island” and “low-lying place.”

Vernon is a surname from the Gaul word for “alder trees.”

Name your kiddo after the Norse god of weather.

Welch is also a part of Viking boy names. It means “foreign.”

Aric is an exciting variant of Erik. It’s a simple and common name with rich Norse roots.

This casual offshoot of the name Bo would be perfect for any modern babe. It means “to live.”

Brant is an Old Norse surname that doubles as a masculine given name.

Beckett is a typical English surname with Norse roots. It means “brook” or “stream.”

This is another one of the rugged Viking boy names meaning “one with a cleft chin.”

This name is derived from the Old Norse word for “elf.”

Begbie is a place name derived from the Old Norse word for “farm, settlement.”

This lovely Norse name comes from the elements “eagle” and “person from Finland.” It could easily be shortened to Finn or Arni.

Balder is the immortal son of the Norse gods Odin and Frigg. He is said to reside between heaven and earth.

In Norse mythology, Midgard is the name of the place where humans reside.

Vale was the son of Odin.

This intriguing Scandinavian name is among Viking boy names meaning “half Dane.”

Canute is an anglicized version of the Scandinavian name Knut. It means “knot.”

The name is derived from the Old Norse words for “deer” and “settlement.”

Kory is a Norse variant of the Norse name Kori. Its meaning is unknown.

This ancient Scandinavian name and one of the Viking boy names means “brave.”

Manning is derived from the Old Norse word for “bravery.”

Aghi is the Old Norse form of the Scandinavian name Ove. It means “terror at the edge of a sword.”

This name means “mighty” in Old Norse. Magni was the name of one of Thor’s sons.

Magnus is a Latin name that gained popularity in Norway after the reign of King Magnus I.

Hemdall was a shiny, white god and son of Odin. 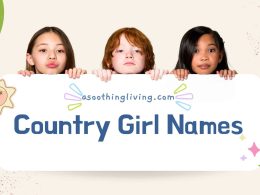 When naming your baby girl, you’re not short on options 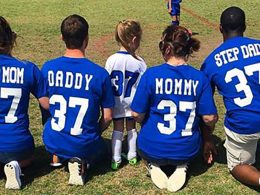 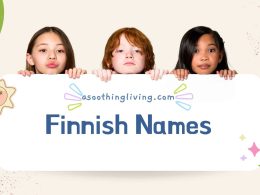 37 Fantastic Finnish Names and Their Meanings

The Finnish names are renowned for their creativity, so it is no surprise that 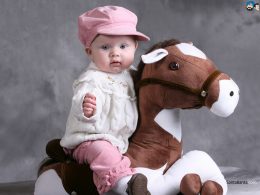 150 Punjabi and Sikh Baby Names for You Baby Girl