Vampires Vs Werewolves: What Is the Difference?

The whole vampires vs werewolves debate are as old as time itself, with even the great thinkers of our time weighing in on the subject (Stephen King, for instance, once famously said that “vampires are elegant. Werewolves are messy”).

However, the fundamental difference between the two creatures is a lot more basic than you might think.

The biggest difference is that vampires are immortal monsters who prey on humans in the dead of night.

In contrast, werewolves are just people who are cursed by a solitary lunar event and are thus more similar to us than any other monster.

Vampires are mystical creatures that have been around for a very long time, living in ancient European legends and folklore and now in mainstream media. These creatures became famous thanks to Bram Stoker’s Dracula, a novel published in 1897, and his adaptation laid the foundation of the modern vampire we know today.

While several folklores have their description of a vampire’s appearance and features, vampires are generally believed to be pale or purplish in appearance. They have fangs that they use in piercing their victims’ neck, sucking their blood, long nails.

Some vampires possess magical powers, while some have the ability to shapeshift (Like Count Dracula in Dracula Untold, who can shapeshift into bats). Vampires are primarily found in rural settlements where they can get enough supply of human blood (although some cultures believe they also feed on the blood of animals).

Vampires also have the ability to control people’s minds by staring into the eyes of their victims and hypnotizing them. But, this trick usually only works on humans, and they don’t affect fellow vampires.

Unlike its closest undead relative, the zombie, vampires are portrayed as super fast, super strong, and intelligent creatures.

While some stories say vampires don’t have mirror reflections, maybe due to their lack of a soul, other adaptations give them this attribute. I remember watching The Originals and screaming whenever Niklaus walks past a mirror, and i would see his reflection. (Nerd alert!)

How to become a vampire?

Since vampires are undead, they can’t mate and give birth; however, there are other ways one can become a vampire.

Vampirism can be transferred when a human drinks the blood of a vampire (as seen in many vampire series like The Originals, Vampire Diaries, etc.), or when someone sells their soul to the devil (like Dracula).

Vampires don’t eat normal food and rely on a regular dose of blood to survive, which is why most of them settle in remote towns where they can prey on humans without drawing attention to themselves.

However, only the most vicious of the bunch enjoy preying on humans, and others prefer to prey on animals or purchase blood from a blood bank.

Although vampires have super abilities, they also have weaknesses, and the most important one is that they can’t stand sunlight.

Since they are creatures of the night, coming in contact with direct sunlight can leave them badly injured or worse, burnt alive.

So most vampires prefer to stay indoors till it’s dusk before they go out to feed.

But there’s a loophole; vampires can move around during the day with the help of a magic ring called the Daylight Amulet of Daylight Ring (as used in Vampire Diaries and The Originals).

This ring is fitted with a Lapiz Lazuli gemstone enchanted by witches, and it helps protect them from sunlight.

Some vampires also have the ability to summon rain clouds or fog to protect them from direct sunlight (as seen in Dracula Untold).

New vampires are usually linked to those who turned them (popularly called sireline), and so, killing a vampire can immediately kill everyone they have ever turned as well.

Vampires can be weakened or killed by driving a wooden stake through their hearts, severing their head or heart from their body, or burning them alive.

They can also be killed from the bite of a werewolf (probably that was where the vampires vs werewolves feud began), are susceptible to silver, garlic, and holy symbols.

Another weakness is that vampires can’t enter a house without being invited by a member of that house, and any vampire who tries to enter forcefully can get badly wounded or even die.

When a vampire is killed, they sometimes turn to dust or just remain grey corpses.

Like vampires, Werewolves are also creatures of the night as they are most powerful during a full moon, but they look a lot like humans when they’re not in wolf form and can move around in daylight.

These mystical creatures also possess superhuman strength, speed (though not as fast as vampires) with the ability to heal fast.

Based on different legends, werewolves are vulnerable to silver bullets and silver in general. Also, werewolves are susceptible to wolfsbane and a bite from another mystical creature like vampires.

They primarily don’t prey on humans and can eat the same food we eat, but their favorite meal is raw meat.

Werewolves don’t isolate themselves like vampires, but they group themselves into packs, which also turns out to be their greatest strength.

In a werewolf pack, there’s usually a hierarchy with the Alpha as the leader, followed by Betas, who are the other group members. The third rank is the Omega or the lone wolf.

Omegas are werewolves who have been driven from their pack and are roaming on their own.

They are usually not as strong as their counterparts and are most likely to get killed by other mythical creatures, or worse, hunters.

There’s been a lot of misconceptions about the origin of werewolves and the characteristics that they have.

However, typical werewolves are divided into three, which I will be explaining one after the other.

The first type of werewolf is the shapeshifter wolf. According to Legends, werewolves had the original ability to transform into wolves and back to humans at will; however, this power was taken away via the werewolf curse.

Although it’s a rare gift, pure shapeshifters can change from human into any animal.

Legends have it that shapeshifters are born with their ability, and it cannot be transferred through a werewolf bite.

The Twilight Saga fans are familiar with this kind of wolf as several members of the Quileute tribe, including Jacob Black, have the ability to change form at any time.

The second type of werewolf is the Wolfman which is used in most werewolf movies (Teen Wolf and Harry Potter fans can relate).

This humanoid creature has the head of a wolf in a human body; it can stand on two legs but is covered in wolf hair with fangs and claws.

The Wolfman is often considered a werewolf because many Legends believe it shares many of the traits of the werewolf curse (or lycanthophy).

Sometimes wolfmen are humans by day and wolves by night; other adaptations describe them as being fully wolves all the time.

Well, I feel wolfmen start as humans who can only transform to wolfmen during full moons, then it becomes every night until eventually, they become full wolfmen at all times.

Wolfmen also lose their ability to control their minds and emotions as the turnings become frequent.

It is believed that the original werewolf curse took away the ability of a shapeshifter to turn into a werewolf at will and also took away their ability to control their human minds while in wolf form.

In wolf form, werewolves have uncontrollable rage and hunger, which drives them to kill everything and anyone they come in contact with regardless of their relationship as humans.

Since they do not have control of their minds, they wake up in human form, not remembering anything that had happened in the night, although they may revisit these memories in their dreams.

This type of werewolves can transfer their curse to another person through a scratch or a bite, assuming the human survives the injury.

Vampires vs Werewolves: why are they enemies?

Perhaps the biggest question in history to date is why vampires and werewolves are enemies.

The main origin of their feud is not known, and there is no prominent mention of any relationship between the two mystical creatures in ancient folklore.

In fact, there is no historical evidence to shoot at this to creatures that have ever crossed paths.

But what we do know is that vampires and werewolves have been at war for ages, maybe due to competition for prey, as some modern fiction and adaptations suggest or that were werewolves protect humans from falling prey to vampires.

There has been an ancient power struggle between the two factions as to who controls the night in some other adaptations.

When it comes to fiction, there is no right or wrong way to tell the vampire and werewolves struggle, but historically speaking, there is no evidence to show that these two creatures have ever crossed parts or are mortal enemies.

Who would win a battle between vampires and Werewolves?

This is a tough question. It would depend on the sizes of the creatures and the numbers involved. If there were 100 Werewolves and 10 Vampires, and they fought in a forest, I am sure the Werewolves would win because they would work better in larger groups, and they would have a lot of extra power.

However, if the groups were reversed, the Vampires would win because they are fast, light, and can shapeshift, plus they have the element of surprise, and only a few Werewolves could get to them.

But in a fair fight, a vampire would likely win the battle. Though werewolves have better senses and are more physically powerful, vampires are highly intelligent creatures and could kill them quickly with this advantage.

Who is faster, vampire or werewolf?

Is a werewolf stronger than a vampire?

Speaking from common legend, It is not possible for a werewolf to be a vampire. A werewolf is a human being who transforms into a wolf during the night, whereas a vampire is a dead person who drinks the blood of the living. However, modern fiction has come up with a different adaptation that vampire-werewolf hybrids are a thing. But naturally, it’s not possible.

Can vampires and humans mate?

Vampire-human hybrids are called dhampir. To create a dhampir, a vampire bites a human and then leaves the human for dead. If the human survives, they become a dhampir. In Balkan legends, dhampirs are the resulting children of a male vampire mating with a female human. 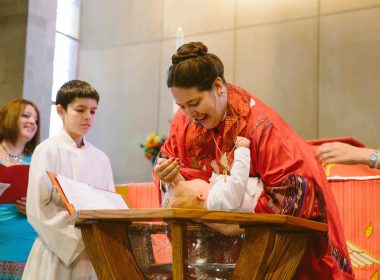 Read More
PParenting
The Sacrament of Holy Lutheranbaptism is the sacrament by which one is being admitted into the Christian faith. Lutheranism baptism doctrine…

Read More
TThe House
If you’re anything like me, the last thing you want to deal with is having to patch up… 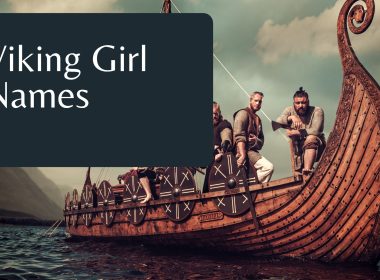 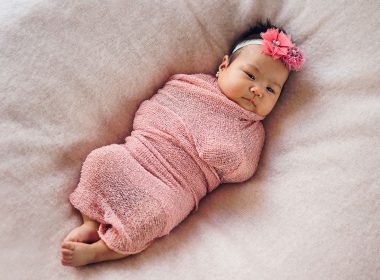 Read More
PParenting
A name is a very first unique gift you bestow to your little one. According to the Bible,… 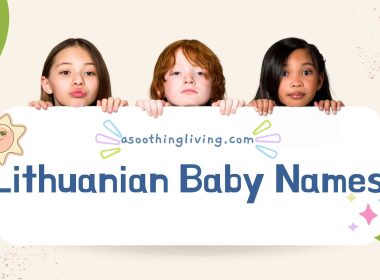 Read More
PParenting
The Lithuanian language has undergone many changes since it was first written in the 16th century. Yet the…