There are appropriate types of sprinkler heads and inappropriate sprinkler head types to avoid based on your goals. We’re here to clear up any confusion and point you in the right direction.

Sprinklers are unquestionably a benefit to have around, whether you want to run through the spray and relive the wonderful summer days of your youth, get your backyard oasis to bloom, or want to keep your building protected against fires.

Of course, the sprinkler head makes your sprinkler system unique. Each sprinkler head is suited to a different purpose—irrigation or fire protection—because this component determines the type of spray you receive.

Here are the different types of sprinkler heads. I will discuss the irrigation and fire protection types in this article. Please Read on.

Pop-up sprinklers are the most widely used sprinklers for irrigation; they are the pendant-style sprinkler heads of the irrigation world.

Both commercial and residential in-ground irrigation systems use these sprinklers. The body can be entirely buried in the ground; upon activation, it rises to the surface.

The popping-up feature is convenient because it prevents you from being caught off guard and having your face awkwardly crash to the ground.

Additionally, it prevents unnecessary obstacles from sticking out of the ground in your backyard when you’re not using the sprinkler, leaving it looking tidy and clean.

As a result, the sprinkler head will last longer because it won’t be damaged by the weather, a lawnmower, or other activities when not in use. Furthermore, Pop-up sprinkler heads typically have a diameter of 2 to 20 inches and can shoot water up to 15 feet.

Pop-up sprinkler head types work great for grassy areas and lawns, where blades are typically around 3 inches. When activated, they rise to a height of 4 inches.

The sprinkler head is just tall enough to spray them over the grass. Also, six-inch pop-up sprinklers are excellent for turfs and zones because they have enough height and reach to cover the grass, even if the lawn gets a little longer.

READ:  7 Types of Pipe Fittings You Should Know

These tiny sprinkler heads produce a water spray that resembles a shower nozzle shaped like a fan. However, you can have a variety of water-spray patterns with various radii by installing interchangeable nozzles on the sprinkler (specific ways are designed for narrow, long areas).

Such sprinkler systems have spray heads roughly 18 feet apart and need 20 to 30 psi of water pressure to function correctly. This is one of the different types of sprinkler heads.

Actually, “rotor heads” refers to all sprinklers that rotate streams of water in a circular motion over the ground. One of the most popular types is a rainbird or impact sprinkler. Which can be identified by the sound it makes when it operates.

As previously mentioned, there are many different sprinkler head rotor types; gear-driven and multi-stream rotors are the most common besides impact rotors.

Compared to impact rotors, the former has one or more streams of water, is quieter, smaller, and easier to maintain. As its name suggests, the latter has numerous water streams and sprinkler heads from 8 to 65 feet apart. Also, sprinkler heads require more water pressure to operate farther apart.

Unlike pop-up sprinklers, shrub sprinklers are always visible, whether or not they are used. These are made to be mounted on top of pipes that are above ground.

These got their name because you frequently used them to water shrubs. These sprinkler heads are only used in circumstances with few options, but they are gradually becoming obsolete.

Additionally, these sprinklers are fall hazards because they are always above ground. This is one of the different types of sprinkler heads.

There are many different types of bubblers, including flood bubblers. A flood bubbler can be either adjustable or non-adjustable; the former is a tiny water valve with a knob or screw to control the water flow.

The amount of valve opening determines the water flow. The latter, non-adjustable flood bubblers, have a fixed rate of water flow (the rate varies depending on the brand and retailer, with the most popular values being 14, 12, 1, and 2 GPM).

Each shrub or space between two shrubs has a fixed head. Also, there are no differences between adjustable and non-adjustable bubbler sprinkler head types besides the lack of adjustability.

Another kind of bubbler emits slender streams of water between 2 and 5 feet away from it. These work well for watering plants in the immediate area but are not great for widespread flooding.

Like other bubblers, stream bubblers must be positioned on level ground to avoid puddles and runoff. This is one of the different types of sprinkler heads.

Micro-bubblers have a lower flow than their siblings and are frequently sold and packaged as adjustable flow-drip emitters. These bubblers have barbs that make it simple to install them on poly-drip tubing.

More than four gallons of water are released by micro-bubblers every hour. At the same time, this amount is insufficient to qualify the device as a true bubbler. It is sufficient to produce puddles and pools on the surface once the soil has absorbed the water.

Furthermore, the flow of micro-bubbler sprinkler heads is too low to be compatible with rotor or spray sprinklers. Despite their adjustable flow, you shouldn’t use them on the same valve circuit. This is one of the different types of sprinklers head.

As the name suggests, upright fire sprinkler heads are upright. These sprinkler heads have deflectors curved downward and point towards the ceiling. Causing the water to spray in a downward hemispherical pattern.

Since upright sprinkler heads provide coverage between obstacles like air ducts and beams, they are most frequently used in mechanical and inaccessible rooms. Such sprinkler heads also offer a circular spray pattern.

Even though the majority of us may not be familiar with these by name, we are. The most prevalent fire-fighting sprinkler head designs are pendent types used in various structures across the nation, including factories, offices, and hotels.

These sprinkler heads, one of the different types of sprinkler heads, are suspended from the ceiling, and when turned on, they release water in a circular motion to cover as much ground as possible.

Furthermore, the deflector in the head is also curved downward to direct the water in a cone-shaped position or manner.

In contrast to pendent sprinkler heads, concealed sprinkler head types are concealed. A cover plate is included with these sprinklers to help them blend in with their surroundings (your ceiling, in this case).

This plate is made to come off as soon as your sprinkler senses an air temperature 20 degrees lower than the temperature at which it will activate, allowing it to start working as soon as it comes into contact with the fire and the heat.

Furthermore, when the sprinkler is activated, the previously hidden head lowers to the ceiling and begins to spray water in a circle to cover as much ground as possible. This is one of the different types of sprinkler heads.

Sidewall sprinkler heads which are one of the different types of sprinkler heads, are ideal where you cannot install ceiling-mounted sprinklers in small rooms, hallways, and corridors.

The water sprays in a semicircle and covers the entire area because these sprinkler heads only have a partial deflector.

Sprinkler heads for sidewalls are typically mounted in the wall that runs alongside or beneath a beam. When installed, the head protrudes from the wall.

A second deflector works to protect the wall itself where the sprinkler is installed by spraying water back towards it while the first deflector directs the water in a half-circle. 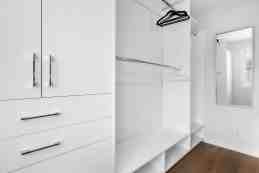 No matter what kind of closet space you have, there are always different types

Over the years, vinyl flooring has grown to become one of the largest markets in 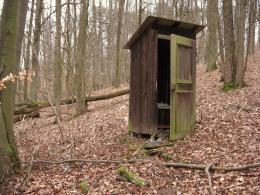 In your neighborhood and across the nation, different types of septic systems 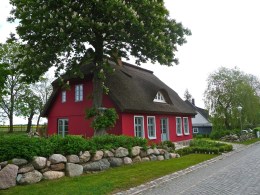 What Is a Detached House? (Features, Pros, and Cons)

Have you ever asked yourself, “what is a detached house?