Browsing your local hardware store can be pretty intimidating due to the different types of hand saws available.

Some options are incredibly versatile, but the majority are highly specialized for particular kinds of materials or woodworking tasks.

Any saw powered by the user’s force rather than electricity, a battery, or gas is referred to as a hand saw.

These saws are frequently used in various trades, and you can also use many of them for multiple tasks in the home and garden.

These saws are more affordable than power saws, easily transportable, and take up very little storage space. But because they frequently take longer to complete a task than a powered equivalent, they might be best suited for smaller jobs.

Whether you work as a carpenter, a woodworker, or a lumberjack, this guide will help you identify the hand saw type that best serves your needs.

Please read on as we discuss some of the different types of hand saws available in the market.

It could be used as a multi-purpose saw to cut through the wood occasionally, but doing so could harm the blade.

This saw maintains tension across a C-frame while using a fine-toothed blade that typically has between 18 and 32 teeth per inch.

Also, the hack saw is one of the most popular saw types and a crucial hand tool for small DIY projects around the house.

Similar to the hack saw, the coping saw has a blade held in place by tension. This is how it got its name because it is best used to make coping joints rather than miter joints when cutting curves into the wood.

These saws have blades with few teeth—between 15 and 17 per inch. These saws are small and usually have a diameter of six inches. This is one of the different types of hand saws.

This saw is made to cut against the wood grain and create rough cuts of wood, such as trimming branches or cutting lumber (i.e., perpendicular to the grain).

These saws are rigid against rough wood because of their wide teeth and relatively thick blade. A single person or two people can operate crosscut saws at once.

Furthermore, the two-person crosscut saws, which also go by lumberjack saw, have handles on either end. These are excellent for slicing backyard planks to size and might be helpful while camping.

A contemporary crosscut saw is a bow-cut saw. It is a medium-sized hand tool primarily used to cut logs and prune trees.

Crosscut teeth on a bow-cut saw can remove sawdust while being pushed in and out. Because of their relatively long and narrow blades, they are suitable for cutting thick pieces of wood. You can also make curved cuts with them.

These saws are made to handle much more complex woodworking. The word “fret” is derived from the French word “freter,” which means “lattice,” as this saw was designed to be used on latticework.

With about 32 teeth per inch, the blades of this tool are exact and capable of producing accurate work, but they are also brittle. Like coping saws, fret saws can make curved cuts, but coping saws are much less accurate than fret saws.

These saws have a blade pointed at the opposite end of a single handle, giving them the appearance of a dagger. Because of their ability to jab through materials like drywall and saw-through, they are also known as “jab saws.”

They are perfect for making tricky cuts or tiny holes due to their thin blade. They are also employed for rough pattern cutting.

Also, these saws are typically available with either a fixed or retractable blade. This is one of the different types of hand saws.

A handle is joined to a robust and narrow blade at one end of a Japanese saw. Unlike most other saws, which cut on the push motion, these are made to cut on the pull motion.

The advantage of this is a neater, more precise cut. Although they are made for smaller, more straightforward jobs, these saws are also said to offer greater control. In contrast, a push saw would allow the user’s weight to support the blade as it cuts harder materials.

One of the most typical saws that anyone who works with wood will own is a rip-cut saw. Because of its adaptability and suitability for various tasks, it is likely the saw that is used the most frequently. The purpose of a rip-cut saw is to cut wood against the grain.

Moreover, it has fewer teeth per inch than most other hand saws, but each tooth is highly sharp to remove wood chips as it works, almost like a group of chisels working simultaneously.

Due to their suitability for creating precise and accurate dovetail joints, these saws are also known as dovetail saws. These saws are ideal for precise cuts because of their fine teeth and narrow blades.

READ:  What Are the Different Types of Kettles?

Back saws benefit from having a rigid metal plate made of steel or brass attached to the side of the cutting edge opposite the blade. As a result, they have better control and can use less force when cutting.

These saws are made especially for gardens, where they can quickly and efficiently prune trees and big shrubs. They can easily reach even difficult-to-reach branches concealed among densely-growing trees and have a single curved handle attached to a curved blade.

Furthermore, pruning saws are an excellent tool for smaller pruning jobs when a chainsaw wouldn’t be necessary because they have many more teeth per inch than saws of comparable size. This is one of the different types of hand saws.

These saws are made to cut laminates, plastics, and hardwood veneers. They have a small, curved blade that is double-edged and usually only 3 or 4 inches long.

They are only helpful for working on small areas due to their size, but they produce results quickly and smoothly. Also, these saws typically have 13 teeth per inch of blade.

The veneer saw can perfectly cut materials with square edges and a straight edge to produce butt joints for matching veneers.

Their blades frequently have two edges and are covered in sharp teeth on both the top and bottom. These saws drill holes into paneling or drywall and have a pointed nose. They are best for rough cuts because they typically have fewer teeth per inch than a keyhole saw.

Numerous camping saws are available, each with a unique set of features and aesthetics. The most crucial features for most people who will need a saw while camping is that it is versatile and able to cut a variety of materials, as well as that it is compact and lightweight for simple portability.

The folding camping saw satisfies all of these requirements and is the perfect size to tuck into a bag or a pocket of clothing.

They don’t take up much room and can be used for chopping firewood, trimming branches, and a variety of other cuts you might encounter in the wild.

As one might anticipate, a bone saw is used to cut bones. Butchers primarily use these in the meat industry and hunters to cut through deer or other game. The best blade for these saws is stainless steel because it won’t rust when in contact with animal blood.

READ:  Horizontal Vs Vertical Masticating Juicer: Which is Better?

There are many different sizes and shapes of folding saws. Their main distinguishing characteristic is the pivot point that allows the saw to fold in half and have the blade fit inside the handle. This makes the saw incredibly portable and convenient to store or move.

Pruning saw blades are frequently found on folding saws. Furthermore, a folding saw works best when camping for cutting thin branches or logs. This is one of the different types of hand saws.

Curved cuts are made with a compass saw, especially in hard-to-reach places. Because of its length, thinness, and sharp point, the blade can fit through narrow openings. The handle typically has a pistol grip and is made to cut through drywall or soft woods.

A compass saw resembles a keyhole saw in appearance but has a longer blade and is capable of cutting through more rigid materials.

A compass saw comes with either retractable or detachable blades. The best applications for a compass saw are curved cuts in softwoods and tight spaces.

Pit saws have a long, stiff blade that can reach 14 feet and be initially used in saw pits (Source). The top man, a second lumber worker, controls the saw while holding the handle and standing above the log; the pit-man will frequently guide the blade from below.

The teeth are made to cut during the pushing motion. A two-person team using a pit saw is best suited for sawing large lumber in a saw pit.

Curve-cutting is the primary function of turning saws. Their blade is long and narrow, and their teeth are small. They have broad frames, enabling the blade to cut more profoundly. Turning saws are specialized tools for woodworking. Turning saws are ideal for cutting curves in woodworking projects like chair backs or scrollwork.

Before the development of the chainsaw, two-person forest saws were widely used for logging and felling operations. They can range in length from 4 to 12 feet and have handles on both ends.

Because the teeth can cut in both directions, both sawyers can put forth the effort. They are used in conjunction with felling wedges to remove wood chips.

A chain is taken, and a handle is attached to each end for a manual chain saw. This uses your labor as the chainsaw’s engine instead. Additionally, it has become much more mobile and adaptable.

This can be much quicker than a manual hand saw for trimming trees or cutting firewood, but it is much slower than a powered chain saw. 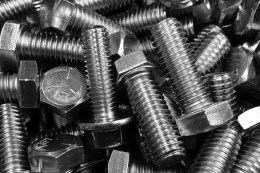 This article discusses the different types of bolt heads available 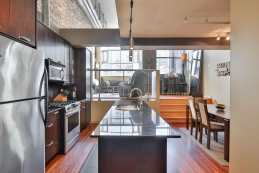 What Are the Different Types of Kettles?

Kettles can come in all kinds of shapes, sizes, and styles

Uses and Benefits of Air Purifier

The market demand for home air purifiers has increased significantly, partly due