Different types of alcoholics are unique, from their motivations for drinking to how they use alcohol to cope with life. Because of this, how you handle an alcoholic must vary depending on the situation.

There are different types of alcoholics, and being aware of them can make it easier for you to handle specific situations.

Alcoholics have not always been separated into categories. Instead, alcoholism was viewed as a single illness, and anyone with alcohol problems was subjected to the same stereotype of the alcoholic.

There are, in fact, five different types of alcoholics, per a study by Dr. Howard Moss, MD, a researcher at the National Institute on Alcohol Abuse and Alcoholism.

Under the general alcoholic label, these various types are organized as subtypes. These are the different types of alcoholics that we have.

The young adult subtype is the first of the five different types of alcoholics. It is the largest; 32% of all American alcoholics belong to this group.

The age of the alcoholics in this group is typically 24. Despite being young, the average alcoholic in this group has been one for the past four years at the age of 24, having first developed the disease on average when they were 20.

At a rate of 22%, many members of this group also have relatives who are alcoholics. For this group, alcoholism doesn’t involve binge drinking every day.

Instead, those in this group often binge drink, consuming more alcohol in one sitting than other alcoholics do throughout the day. Alcoholics in this group hardly ever seek treatment for their drinking.

With 21% of all the alcoholics in the study falling into this second category, there are many different types of alcoholics.

These drinkers started drinking much earlier than young adults, starting at age 15, and became addicted to alcohol by age 18, despite having an average age of 26.

This group is made up of 50% alcoholic family members. The majority also suffer from an antisocial disorder, making it challenging to ask for or accept alcoholism treatment.

This group’s members are also more likely to use drugs, particularly marijuana, cocaine, and opioids. Thirty-three percent of this group will eventually seek treatment for their alcoholism. This is one of the different types of alcoholics.

The third group of various types of alcoholics is functional alcoholics. A functioning alcoholic is someone who consumes at least five drinks in a single day daily.

Most members are middle-aged, and the average age is much higher than the other groups. They are functional because they can manage their relationships and jobs despite heavy drinking.

The fourth category of alcoholics is the intermediate familial, which makes up 19 percent of the study’s alcoholics. Most alcoholics start drinking by 17, just like the young antisocial.

They are not affected by alcoholism until they are in their early 30s. Also, the majority of this subgroup’s members are related to other alcoholics in some way.

Half of the group members have also struggled with severe depression, and one-fourth have been identified as bipolar.

Furthermore, this group engages in drug abuse, with many members abusing marijuana or cocaine. About 25% of the people in this group will eventually look for alcohol abuse treatment.

The final alcoholic classification is a chronic severe alcoholic. These alcoholics make up about 9% of the population, making them uncommon.

Most men in this group divorce more frequently than the average number of people. The vast majority of the group comes from alcoholic families.

The prevalence of personality disorders is almost 50%, and other mental illnesses are more common than in any other group.

Furthermore, those who drink but have serious drug abuse problems are also included in this group. Despite these problems, this group of drinkers has the highest likelihood of receiving assistance; over 66 percent do so. 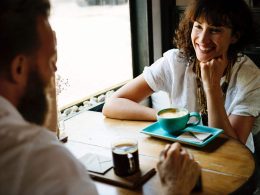 It can be challenging for single parents to enjoy meaningful relationships 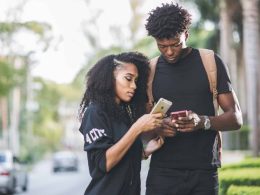 With these great Android Apps for couples, phones can help reduce the workload 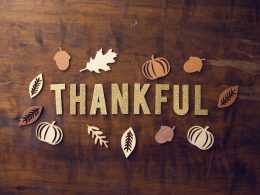 Thanksgiving is so much more than feasting on delicious meals 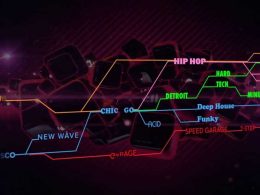