This was when people moved from the countryside and villages to the cities to make a living. Traditional Japanese clothing or wafuku, as it’s called, is based around kimonos.

Kimonos are the traditional Japanese clothing, and it comes in a variety of types and accessories.

Before WWII, wafuku or kimonos are everyday wear, though today, during special occasions, people wear kimonos such as the Shichi-Go-San festivals, weddings, or graduation ceremonies.

And japans wear them both casually and formally. Both men and women can wear traditional Japanese clothing, which comes in various styles, designs, and elegant colors.

You can get an item of Traditional Japanese clothing through a Japanese online retail store.

This article would discuss some traditional Japanese clothing;

16 Stylish Japanese clothing to should consider

First on the list is Kimonos. As earlier mentioned, traditional Japanese clothing is centered on Kimonos.

Kimonos are made of silk, have oversized sleeves and covers from the shoulders to the heels, tied with a wide belt, obi.

It is an at-shaped gown that covers the entire body from shoulders to heels.

Compared to modern, western clothing, kimonos are restrictive in movements.

Furthermore, traditionally worn kimonos come in 1 to 20 layers for fashion and warmth. This is determined by the formality of the event, age, marital status, season, and wearer’s social status.

Kimonos are greatly appreciated even in the western world because of their flattering and body-hugging silhouette.

Secondly, Yukata is a more casual version of kimono worn in the summer or at a ryokan. Japanese make yukata using polyester and cotton.

Yukata means “bathing cotton,” base on this, Yukata is relatively easy to wear. It is worn without undergarments and fastened with only an obi, making it lighter than traditional kimonos.

Besides, yukata are often brighter and significantly cheaper than traditional kimonos, making them popular souvenirs. Both men and women wear it.

They are mostly worn on special occasions by ladies who have come of age. In addition, furisode is mostly antiques passed down through generations; women rarely wear them, so new ones are rarely bought.

Haori is similar to kimono. It is worn by men, especially those in the warrior class. Haori is an overcoat worn on top of a kimono to protect men against cold.

It looks more like a jacket than a full robe. Haori is worn to symbolize wealth, status and also serve as an armor covering.

However, in recent years, Haori was used as a work uniform for classical Japanese theater and worn over a yukata in a ryokan.

In addition, during the Sengoku period, men started wearing sleeveless variations of haori to cover their armor-like tabard was worn in Europe.

However, in the 19th century, women started wearing haori as a statement style piece, Geisha started a fashion movement.

Hakama is a skirt-like pant worn with a kimono. Initially, hakama was for samurai men and people participating in Shinto rituals.

First, the undivided andon bakama looks like a long pleated skirt, and the divided umanori means “horse-riding hakama,” in Japanese.

Hanten is similar to haori. During the Edo period, only a certain social class wore haori. However, Hansen is worn by everyone.

Hanten is a cotton-padded short winter coat. made for warmth along with a tailored collar. Both men and women worn a hanten over a kimono.

Hanten is very simple with minimal design, which means it is a very flexible piece of clothing that could be wear as a jacket and modern-day clothes.

Happi is also a short coat like the Hanten and haori. However, happi is more casual. The back of a happi is adorned with a crest.

It is a family crest because of this. Only Japanese house servants wore happi. However, in recent years, happi is worn during a festival.

Happi is used in identifying people who belong to the same social groups. e.g., mikoshi team members, and it usually comes with a matching headband.

Samuel and Jinbei are traditional Japanese relaxing clothes. They’re constructed of cotton, linen, or hemp and come in a variety of colors are usually dyed indigo, blue, brown, or green.

See also  12 Different Types of Buttons for Your Outfits

Both Samue and Jinbei come in a simple matching set of pants and top.

Originally, only the Buddhist wear samue; even today, they wear it when they are practicing mindful work known as samu, samu includes cooking, cleaning, outdoor labor, etc.

However, farmers also wear the samue today to working in their garden. However, jinbei is worn by everyone in society.

Another difference between the samue and jinbei is that a jinbei is knitted with yarn around the shoulder parts for better ventilation.

While the samue are worn in every season, the jinbei is summer clothing. A jinbei is more prevalent among males and has more decorative design than the simple design of a samue.

Obi is a traditional sash or belt which holds the kimono. Although obi is doesn’t get much attention, it standout when styled right. Obi is tied in the rear and wrapped around the waist.

As most obi are too ornate and thick to function as a belt, kimonos have internal belts. There are various styles of obi, depending on the occasion.

It comes in different widths, lengths, patterns, materials, and even knot styles. Tying obi is an art. This practice is traditionally passed down through generations and even taught in classes today.

Also, both men and women wear obi, while female’s obi can be 30 centimeters wide with colorful decorations, men’s obi is more straightforward.

They are usually just 10 centimeters wide without decorations or fancy styling of knots.

Zori is one of the examples of traditional Japanese clothing influencing the western world.

It is the inspiration for flip-flops after American soldiers in Japan brought zori home after WWII.

Zori looks like flip-flops. They are flat sandals with a thong fitting between the big toe and the rest of the toes.

Traditionally, in making zori ice straw, cloth, or lacquered wood are used. However, nowadays, they are made from plastic, rubber, or leather.

Zori is worn with tabi, which is a traditional Japanese toed sock. Tabi socks have a divided big toe, making it easy for zori to wore and taken off.

In addition, both men and women wear zori in casual and formal settings. Like all traditional Japanese clothing, the designs met for females are more flashy and elaborate than the men.

Women’s zori has a raised heel, like a wedge, while the men’s design always has a flat profile.

Tabi is a traditional sock worn; it is a shoe-sock hybrid. Both men and women wear tabi for different purposes and occasions. The tabi is like a mitten on the foot, where there is a separation between the big toe and other toes.

Tabi makes it easy to wear a zori or geta with a kimono. Tabi is usually in white. However, there are tabi of various colors and designs nowadays.

Besides, kimonos are hard to clean, mostly if they are made from silk, so the nagajuban helps to separate the kimono from the body.

They were preventing sweat from entering the kimono and keeping it clean. Nagajuban is only visible at the collar, where a thin strip of white could be found.

Maekake means “front-worn” or “front-hang” in Japanese. It is a traditional Japanese apron worn on the hips and tied at the front—initially, only craftsmen and staff members wore maekake.

Maekakek is usually dyed indigo. It is sometimes used as shoulder padding when carrying heavy loads because of its thick cotton.

The only difference is instead of silk, Tanzen is made from thick cotton and is generally in darker colors, plainer patterns that suit men.

Michiyuki means “traveling” in Japanese. Michiyuki serves like a windbreaker. It is worn over kimono when traveling to provide protection and warmth.

Michiyuki is similar to haori in the sense that it is worn over a kimono. However, michiyuki has a very simple design consisting of little or no patterns.

One major way to identify a michiyuki is the square-shaped neckline which is fastened with buttons at the front.

Also, michiyuki is always worn closed and always on the outside of the garment (kimono).

Fundoshi is one of the traditional Japanese clothing that influenced the western world after WWII. It led to the creation of men’s underpants.

Fundoshi is a traditional Japanese men’s undergarment, which comes in different styles. However, the most famous variation now looks like a loose apron in front, often seen at Hadaka Matsuri.

Careful considerations of these traditional Japanese clothing shows they have been incorporated into a modern western wardrobe.

For example, kimonos are trending internationally, and people wear socks and flip-flops just like zori and tabi.

Careful considerations of these traditional Japanese clothing are like a modern western wardrobe. For example, kimonos are trending internationally, and people wear socks and flip-flops just like zori and tabi. Read More
MMore
Aloe vera oil is a popular oil highly sought after and used because of its rich nutrient composition.… 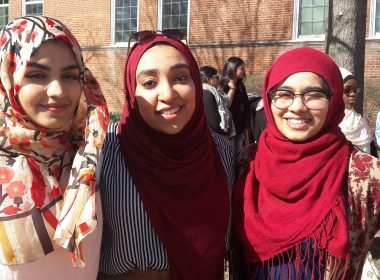 Read More
MMore
Head scarfs are standard fabrics women use worldwide, but Islamic veils are different, and not everyone can wear…

Read More
MMore
Toothpaste is what we use to brush our teeth; there are different types of toothpaste, contrary to what…

Read More
MMore
If you’re looking to reduce your carbon footprint and save money, or simply looking to swap out one… 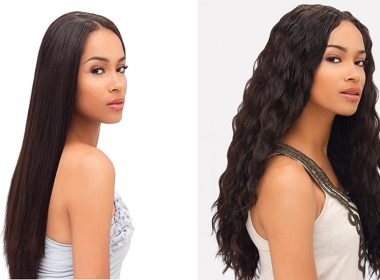 Read More
MMore
Remy hairs are expensive. But they’re considered the best human hair in the market and are worth the…