According to artifacts and traditional arts of Chinese culture, Chinese clothing includes the ancient hanfu and modern variations of indigenous Chinese dress.

In China, the modern Chinese tunic suit is also what people refer to as the Zhongshan suit. However, they named it after Sun Yat-sen, the republican leader (Sun Zhongshan).

Shortly after they found the Republic of China, Sun Yat-sen introduced a national dress style with distinct political overtones.

Based on the Japanese cadet uniform, he designed the suit. Each of the four pockets symbolizes one of the Four Virtues.

Furthermore, they wear this traditional Chinese clothing to symbolize national sovereignty at the most formal ceremonies.

The Mao suit is comparable to a monarch’s military uniform or a tuxedo for a supreme leader as a form of evening dress.

Cheongsam is a type of body-hugging dress that originated in Manchu culture. It is a high-necked fitted dress with a side slit.

During the 1920s and 1930s, Chinese socialites and upper-class women in Shanghai popularized the mandarin gown. It is another popular traditional Chinese clothing.

However, the Manchus used the Eight Banner system during the Qing dynasty. As time went on, they added Mongol and Han Chinese households to the system.

In the Eight Banners system, the Manchus and anyone else wore different clothing from ordinary civilians.

Furthermore, it was popular in high society as a modernized version of cheongsam. Cheongsam design has evolved with the introduction of sleeveless high-necked dresses, bell sleeves, and the black lace flowing from the hem of a ball gown.

A wide range of fabrics and accessories were available for the cheongsam by the 1940s.40s.

The Hanfu dress made it our list of traditional Chinese clothing. As the name suggests, hanfu is a term used to describe historical clothing styles worn by the Han people of China.

However, the clothing style consists of an upper garment (a robe or jacket) and a skirt for the lower garment (usually a dress).

It also includes hats, shoes, belts, jade pendants (yupei), and handheld fans. Since then, it has gained popularity among young Han Chinese people in China.

It also gained popularity in the overseas Chinese diaspora as the Han ethnic group’s traditional clothing.

As the name suggests, this Chinese attire is an old-fashioned jacket with a straight collar that the Chinese have been wearing in China for centuries.

The Manchu horsemen initially wore it, but they have modernized it into a more fashionable version of the Qing Magua.

A “Chinese” outfit was intended by its designers, even though the jacket’s name in both English and Chinese suggests an origin in the Tang period of Chinese history.

According to Wikipedia, this style of dress was popular in China during the late Qing Dynasty.

This “export to domestic” flavor also shows in the term’s origins. As a result, foreigners refer to Chinatown as “Tang People Street” and Chinese clothing as “Tangzung.”

Pien Fu is a popular traditional Chinese clothing. It is a historical Han Chinese outfit consisting of a knee-length tunic and either pants or shorts.

As a ceremonial dress, the royal court wore this two-piece costume. Bianfu was only second to the mianfu in Zhou Dynasty, and the emperors wore it when working on official business or meeting with court officials.

There are similarities between the Pienfu and the Changpao, and the Shenyi falls into this category.

Like the Pienfu, it has a tunic and skirt or trousers, but they always sew the tunic and the skirt together and are essentially one piece, as is the Changpao. Also, Shenyi is older than Changpao.

It was one of the first dressings in ancient China. Changpao, on the other hand, was a traditional Manchu costume, while Shenyi was a standard Han costume.

Therefore, Shenyi was the most popular of the three types to be seen in public.

Clothing with wide and voluminous sleeves and a loose fit were the three types of clothing that stood out. 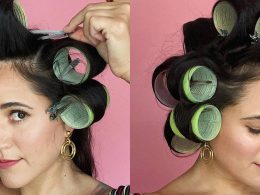 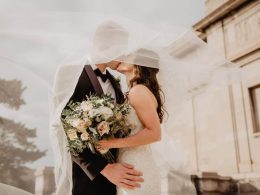 Everyone loves to have a good looking and beautiful nail, hence the need for 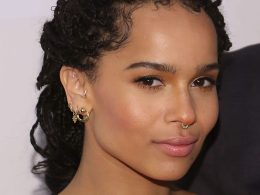 Septum piercing, once considered a sign of irresponsibility, is now viral