As a Western society, Australia’s distinctive location impacted its culture and the cultural contributions of Aboriginal and other Australians.

However, this article discusses various traditional Australian clothing you should know.

Every country has its unique culture, dances, tradition, festival, and clothing.

What may appear strange to the layperson is part of a more or less strict tradition and code of conduct.

Continue reading to learn about the various types of traditional Australian attire available.

Driza-Bone has played a significant role in Australia’s cultural history. It is traditional Australian clothing. The men who constructed Australia’s railroads, roads, and motorways wore it.

Even those who served in both world wars and those who have traveled with it, from the immense ice sheets of the Antarctic to the snow-capped mountains of the Himalayas.

Driza-Bone has earned its reputation as a trustworthy brand and is here to stay by growing alongside generations of Australian men.

This traditional costume is another traditional Australian clothing. ‘Akubra’ is an Aboriginal word for head covering.

Fur cutter Benjamin Dunkerley began making hats in Tasmania in 1872 under that name.

However, seven rabbit skins are needed to make one bush hat, which many people wear and never leave the city and are sold everywhere tourists assemble today.

READ:  Nose Piercing: Everything You Need to Know

The requirement for rabbit skins for these hats helped keep rabbit populations down before scientists were savvy enough to invent diseases to keep rabbit numbers in check.

Lastly, it goes better with a Drizabone.

The Blue Singlet is an essential element of every Australian worker’s uniform.

Yet, its popularity is waning as regulations force truckies (truck drivers) to wear brightly colored safety apparel to make themselves more apparent to other road users.

The blue singlet, on the other hand, is not at risk of becoming extinct.

This is another traditional Australian clothing. A 34-year-old Australian woman, Sam Hill, designed the costume that stunned more than 100 million Americans watching the Super Bowl in February 2004.

This was when Justin Timberlake tore off Janet’s right breast cup and exposed her breast.

She insists that shoddy craft had nothing to do with the Nipplegate incident. But she feels they had altered the costume and rivets substituted with quick-release snap studs.

Reginald Murray Williams passed away in early 2004, but his apparel line carries on. In the 1930s, he began making tough and durable clothing for people in the bush, which became very popular with the bushies at first.

Then, it became so fashionable internationally that it is now exported as far as Japan and Europe. It has also grown into a multi-billion dollar business empire now owned by a couple of media moguls.

However, he lived to a ripe old age and spent the latter portion of his life managing the Stockman’s Hall of Fame at Longreach, Queensland.

READ:  30 Different Types of Sweaters and Their Names

Since its humble origins in 1929, this item has been the top choice for anybody who wants to travel as fast as possible in the water, although some people believe males over the age of forty or who weigh more than 90 kg should not wear them in public areas.

Speedo was the official supplier of all competing countries in the 1976 Olympics swimming events.

Furthermore, Nike chastised Pieter Hoogenband, a Dutch swimmer, in March 2007 for swimming (and winning) in Speedos.

His justification was that they made him go faster, and the most important thing was to win.

Because Australia is frequently hot, and Australians aren’t fashion-conscious, many go around in sandals.

Mark Tuite, a Queenslander, and his Victorian partner, Michelle Walkden, nearly escaped kidnapping in Colombia because they were only wearing sandals rather than hiking boots. It is another popular traditional Australian clothing.

The kidnappers were unaware that Australians might walk anywhere in sandals and assumed that doing so would slow them down.

The Revolutionary Armed Forces of Colombia marched eight additional visitors with better footwear into the bush for a three-month ordeal, and they did not return until Christmas 2003.

While in other countries, this term refers to underpants, it relates to rubber flip-flops in Australia.

You wear them on your feet and are essential at Aussie barbies to keep shattered beer bottle fragments out of your shoes.

When the sign at the bar says “No thongs permitted,” some tourists are amused or concerned.

However, this indicates that they want to keep the yobbos out and that you need to wear acceptable footwear.

This wear is another traditional Australian clothing. In the summer, some nasty box jellyfish in the northern part of Australia can ruin your day by killing you in three minutes, so it’s a good idea to wear a stinger suit if you go swimming.

Blundstones is the last on our list of traditional Australian clothing. It used to be only work boots for Australians.

They have now become trendy products in many nations worldwide and are on many tourists’ shopping lists with didgeridoo.

Since their creation in the 1870s, they have been produced in Tasmania. 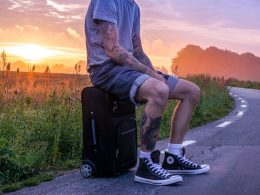 A few decades ago, different types of shorts were considered inappropriate or 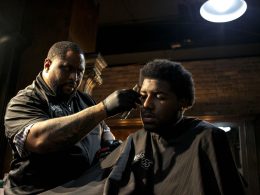 20 Different Types of Hairstyles for Men

Some trends may come and go, but the best from the different types of hairstyles 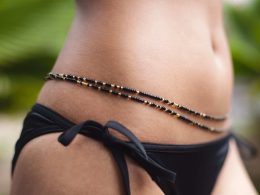 Why Every Female Should Wear Waist Beads? 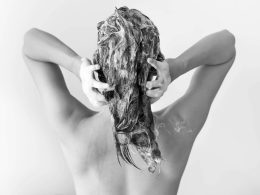