Every nation has its traditional costume, something that makes us unique. These traditions make us different from the rest of the people.

Like our hairstyles, festivals, and languages, our costumes also tell a lot about our culture. However, we’ll be discussing traditional American clothing in this article.

America doesn’t have traditional costumes per se, but some clothes represent Americans when we see them.

Western wear, such as denim jeans, cowboy hats, and flannel shirts, has something to do with the United States.

These are long-sleeved shirts made primarily of wool, though cotton versions are also available.

So, let us look into the types of traditional American clothing below.

The cowboy hat represents the cowboy from North America. It is a wide-brimmed hat that many people wear these days.

However, farmworkers in the Southern and Western parts of the United States wear this hat.

Even musicians and rodeo competitors wear cowboy hats in North America and other countries. It is a popular traditional American clothing.

It’s unclear when the cowboy hat got its name, although it’s been around for a long time.

There was no uniform headwear for European-Americans in the Western United States at the beginning of time.

Yet, there were a variety of styles of headwear people wore going west, including top hats and bowlers, as well as Civil War-era headgear and sailors’ caps.

On both the front and the back of a conventional Western dress shirt, you’ll find stylized yokes. Modern versions feature snap pockets, bandana patches, and fringe.

It has chambray, denim, or tartan cloth with long sleeves. The “Wild West” era took place in the late Victorian era, which is why the fashions are so similar.

However, numerous US Cavalry troopers used shield front shirts during the American Civil War, but firefighters wore them first before the war.

It was first worn by John Wayne in Fort Apache and later by rockabilly performers such as The Stray Cats.

This clothing is one of traditional native American clothing. The Bandanna looks like a scarf. Some consider it to be a hat.

For practical or fashionable reasons, bandanas have several paisley patterns, like the American flag.

However, people tie it around the neck for sun protection; they also use it to keep dust out of the mouth and nose or mask its wearer’s identity.

Traditionally composed of leather or rubber, today’s boots are created from a wide range of material types and designs.

In addition to protecting water, extreme cold, mud, or hazards (e.g., work shoe may include a steel toe) or additional ankle support for strenuous activities with added traction requirements (e.g., hiking), boots are also worn for their aesthetic appeal.

Hunters and vaqueros in southern Spain would use “zahones” to protect their trousers against scratches caused by brushing against bushes or trees.

As part of the cowboy culture, they adopted the dressing in Spanish America, and from there, they made their way to the American Wild West.

“Armas” was the name they gave to the first protective leather garment worn by mounted riders herding cattle in Spain and Mexico.

As early as the 17th century, jeans were the most crucial textile for northern Italians of working-class origins.

An artist known as The Master of the Blue Jeans painted a series of genre paintings in the 17th century that illustrate this.

They show underprivileged people in denim-like clothing in ten of the paintings.

Genese denim, a cheaper fabric, would have been the best choice. During the 16th century, genre painting became popular.

Also, the non-nobility subject matter of all ten works places them in the same category as other paintings depicting comparable scenes.

As a Western society, Australia’s distinctive location impacted its 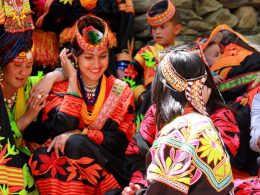 With approximately 212 million people, Pakistan is the world’s sixth most

Have you ever just wondered what dry shampoo really is and how it works? 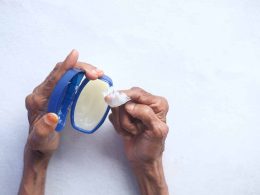 If you’re looking to reduce your carbon footprint and save money, or