60 Polish Boy Names You Should Choose From

If you’re looking for a name for your son, it’s a good idea to take a look at some of the most popular Polish boy names out there.

Polish names are embedded in deep meanings and are unique compared to other common names around the globe.

The names have a profound etymology and lovely pronunciation, which every parent looks for in an exotic baby name.

Aureliusz is a beautiful name that means “golden, glided.” It is derived from the Latin name Aurelius used in ancient Rome.

The name Aleksander is a great name to give your baby boy, which means “defending men.” It is of Danish, Polish, and Bulgarian origins and a variant of the Alexander, derived from the ancient Greek name Aléxandros.

it is an uncommon name for boys and a polish variant of the name Andrew which means “warrior.” It’s used to show the courage of your baby boy.

Alojzy is of old german origin, which means “famous fighter.” It derives from the Greek hero Ulysses who was known for being clever and resourceful.

Aleksy is an unpopular boy name, and in Greek boy names, it means ” defender of men.”

Bogdan comes from the combination of the Slavic words Bog meaning “god,” and dan meaning “given.”

Bazyli is of Polish origin, and it means ” King.” So your bundle of joy will surely be a king among his peers.

This is a cool name to give your little boy. It is of Polish origin and is the short form of Bartholomew, meaning “The Son Of Talmai.”

The name is of Greek origin, and it means “royal.” Your baby boy becomes royalty when he bears this name.

Bohdan is a popular polish boy name that means “God’s gift.” The little one is undoubtedly a gift from God to you, so you should consider this name.

This is of polish and German origins, meaning ” favored by God.” Give your boy this name, and he would always find favor in God’s sight.

The name is of Polish origin, which means ” keeper of the peace.” It is a nice name for your little boy.

This glorious name is of Polish origin, and it means ” glory and honor.” Your baby boy will love this name.

The name Cezary is mainly a male name of Polish origin meaning “King, Ruler.” Polish variation on the name Caesar.

Chrystian is a Polish baby boy name that means “follower of Christ.”

This princely name is a very suitable name for your little boy. It means “adored, belove.” It is of german and polish origin.

This is an attractive and artistic name for your little one. In Greek, it means “earth-lover.”

It is a popular boy name in Poland. It is also derived from the Latin name Dominicus, which means “belongs to the Lord.”

Danek is a Polish boy’s name that is related to the Hebrew name Daniel, which means “God is my judge.”

The name Dobry is mainly a popular male name of Polish origin that means “Good.”

Eryk is an exotic name for your baby boy, which is derived by combining the Old Norse words Ei, meaning ever, always, and rikr, which means ruler. Combining the two meanings gives us “eternal ruler.”

This is one of the famous Polish boy names meaning “Guardian of property.” Millennial parents adore it. Edek is on the top trending Polish Boy names list. It’s the most attractive baby name, and the pronunciation is also simple.

Elek is of Greek origin, and the name means “The Lord is my God.” It is the variant of Elijah, and it also has simple pronunciation.

Feodor is a boy’s name meaning “divine gift” or “God’s gift.” It is of Greek origin and is similar to the Russian name Fyodor and the Greek name Theodore.

Franciszek means ” free”. It is derived from the Old French Franc and is a masculine given name also of Polish origin. It is a cognate of Francis, Francisco, François, and Franz.

Fredek, as a boy’s name, is of Old German origin. It means “Peaceful ruler” in Polish and is an attractive name to give your little boy.

This is a male given name, and his origin is Polish. Gustaw is the polish form of the Latin Gustavus, meaning “meditation staff.” Many people believe it’s from the Slavic name Gostislav which six kings of Sweden bore.

Genek is a Polish name for boys meaning “born to nobility.” This name is derived from the Ancient Greek name Eugénios.

Garek is a boy’s name of Old English origin meaning “spear-ruler.” A person who rules a nation with a spear. This is an adorable name for your little one.

This is a derivative of the Latin name Gregorius meaning ” to watch.”

Han is one of my favorite Polish boy names. It is of German, Danish, and Hebrew origin, meaning “God is gracious.”

Henryk is of Germanic origin and is a Polish male given name. It means “ruler of the home” or “lord of the house.” It is spoken similarly to Henrik, the spelling used in Sweden.

Hugo is mostly a male given name of Germanic origin, meaning “bright mind.” The Italian version is Ugo, while the English version of the name is Hugh.

Helmut is of Germanic and Polish origin. It is derived from the German elements helm and muot, meaning ” courageous protection.” Variants  Helmuth, Hellmuth.

Hipolit is a name that means “freer of horses” in Greek mythology. The name is a derivation of Greek and is popular across Poland.

Hubert also has German origins, and it is a combination of the words hug, meaning “heart,” and beraht, meaning “bright.” This is a name your baby will grow up to love.

Herman is a popular masculine given name, from an ancient Germanic name consisting of the elements harja meaning “army” and “man.” Herman means a “soldier.”

Ignacy is the Polish variation of the Late Roman name Ignatius and is derived from the word ignis, meaning “fiery one, ardent one.”

Isaak is also one of the popular Polish boy names on this list and is of Hebrew origin, meaning “laughter.” It is a lovely name to give your baby.

This is a very popular polish name and is derived from the English name George. It can also be spelled as Egor, meaning “warrior of peace.”

This is another name of Polish origin. It is the short form of John, meaning ” God is gracious.”

This is a shortened form of January and is also of Polish origin. There are variants in different languages around the globe.

Jedrick is an attractive name for a baby boy. The name is of Polish origin, meaning “a strong man.”

Jozef is derived from the name Yosef meaning “he will add, God increases.” It is of Hebrew origin and was mentioned in the Bible. It has been a name since decades ago.

The name Jerzy is primarily a male given name of Polish origin that means “Farmer.” It is a variant of the name George.

Julian is from the Latin name Julianus, which comes from Julius that was a Roman family name. The name Julian is of English, Latin origin, and means “young at heart.”

The variant of the name Clement means ” merciful.” It is of German and Polish origin.

Konrad has Polish and German origins and is derived from the name Conrad meaning “bold advisor.” It is an extremely popular name in central Europe.

The name Lukasz is a polish derivation from Lucas. Its origins are from the Greek name Loukas, which means “from Luciana.” It has been a popular name for many years.

This is a top-trending baby boy name. The name Liuz is of Polish origin, meaning “light.” It is generally used as a boy’s name.

Mateusz is a Polish given name, equivalent to Hebrew names Matityahu and Matthew, meaning “gift of God.” It is the Polish form of Greek Mattathias.

The name Nacek is especially approved for boy’s gender meaning “Fire” in Polish.

Oskar is the Polish and German variation of the name Oscar. It is derived from Gaelic words os and Cara, meaning “dear” and “friend,” the name combined forms the meaning, “dear friend.”

This name is derived from the Ancient Greek name “Aléxandros. In Polish, Oleksandro means ” defending men.”

The name Pawl is derived from the ancient Latin name Paulus which means “little.” It is a calm name to give your baby

Rawel is a popular male baby name, and its origin is Indian, Polish. This name means “wise and strong.” The name Rawel is most often used as the name of a boy.

Slawek is a diminutive of the name Slawomir. Sławomir is an Old Polish male name of Slavic origin that consists of two parts slava, which means “glory, fame” and mir meaning “world, peace, prestige.”

The name Tolek is a diminutive of Antoni, Antonin, Antonius, and Teofil. It is of Etruscan and Greek origin, which means ” gift from God.” It is a lovely name to give your baby. 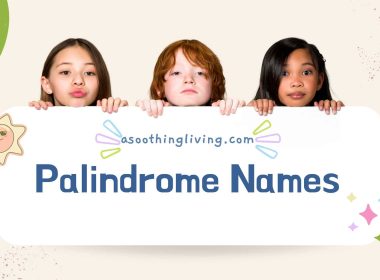 Read More
PParenting
What’s in a name? Sometimes, it’s everything. Palindrome names are names that read the same, both forward and… 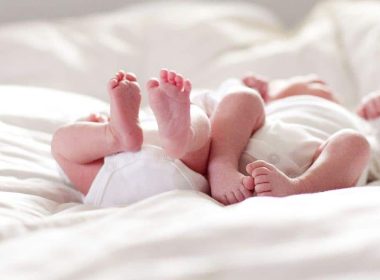 Read More
PParenting
When it comes to Arabic boy names, there is a long list rich in heritage. Many male Arabic… 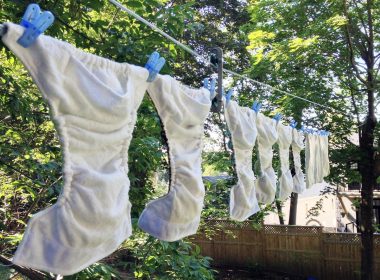 Read More
PParenting
Biodegradable diapers are a set of children’s nappies developed to decompose naturally after use. In a child’s life,… 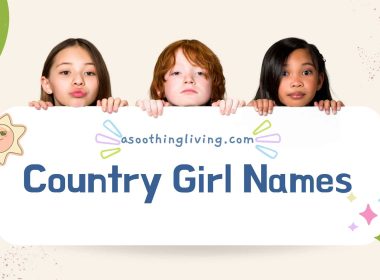 Read More
PParenting
When naming your baby girl, you’re not short on options. Thanks to the internet, you might have thousands…