50 Jamaican Baby Boy Names to Consider for Your Little Prince

Parents, especially new ones, sometimes feel choosing a baby name is a daunting process. After all, your child will be carrying that name for the rest of his life, so you surely don’t want to give him a name that he’ll grow to dislike.

There are tons of things to be considered when selecting a name for your newborn. These may include its meaning, how it sounds and of course, its popularity. However, the process can be a lot easier when you find a good source.

In this article, we’ve put together some great Jamaican baby boy names based on these considerations that you can try.

Check them out and don’t forget to share your favourite options with us in the comment section below.

This name originates from the Yoruba tribe, and the meaning is “be righteous”.

This name is of Hebrew origin, and it means ‘the exalted one’. In the bible, Aaron was the name of Moses’ older brother.

This is a Jamaican boys name that means ‘my fathers gift’.

This name is trendy as a first name in Jamaica, although, it sounds more like a nickname. The name means ‘someone who excels’.

This name means ‘the one who wins the struggle’ and its of African origin.

This is another Jamaican baby boy name with Yoruba origin. This popular entry means ‘cherished’, or ‘much loved’.

Arley is an old English name, and the meaning is ‘hare’s meadow’. This name is also widely used in European countries.

This name is of Arabic origin, and it means ‘wise, steady, or intelligent’. It’s one of the best options to consider for your baby boy.

This name is originally from Irish roots, and it means ‘little flame’. It is a trendy name in Jamaica.

This name’s origin can be traced to Hebrew, and it means ‘the spirit guide of agriculture’. It’s a unique name for your baby boy.

This Jamaican baby name is an outstanding moniker for your baby boy as it has two meanings that are equally deep and thought-provoking. It means ‘one who is powerful and mighty in battle’ and ‘axe ruler’.

The origin of this name can be traced to many countries and cultures. It means ‘administrator or governor’ in Jamaica.

Baron is another renowned name with African roots. The name has two meanings that are both great for your little prince charming. It means ‘a noble and freeman’ or ‘a warrior’‘.

This is a Jamaican name with American roots, and it means ‘prayer’.

This is a popular Jamaican name with an English origin. The name means ‘shopkeeper’.

This is another beautiful English name that may just be the perfect option for your prince charming. The name means ‘defender of the castle’.

This name is originally an English name, but its usage has been on the rise in Jamaica in recent times. The name means ‘the son of Carr’.

Chilton is another awesome name for your boy that originates from English and Jamaica. The meaning of the name is a town by the river’ or ‘spring’.

This is an original Jamaican name that has been a favourite in the Christian community. Dajuan means ‘God is merciful and gracious’.

This name is of Jamaican roots and may just be the perfect name for your little baby. It means ‘brave and manly’.

This name is a variation of Deangelo which means “from the angel”.

This is an original Jamaican name and is a variation of the Italian name Durante which means “steadfast”.

This name is of Hebrew origin and also one of the popular biblical baby names. Daniel means “God is my judge”.

It is the name of a very popular place in Jamaica and also a well-grounded masculine name.

Deaven is another popular baby name for your little boy, and it means “people of the deep valley” and “writer of poetry”.

Eithan is the Jamaican variation of the name Ethan. This Jamaican baby boy name means “strength and endurance”.

This fancy Jamaican baby boy name is of African origin and is just the perfect name for your little prince as it means “a man of law”.

This is another name that originates from Jamaica itself, and it means “God-like”. Llanzo is the Jamaican variant of the name Lance.

This name is of English origin, and it refers to “an old farm”. Eldon has been a popular Jamaican baby boy name for decades.

This name is very popular in Jamaica as a Christian name, and it means “the rising sun”. Another variation of this name is Khanan

This name has English and Celtic origin, and it means “white or noble”.

This name is originally from Jamaica, and it refers to someone who is “soulful” or someone who “puts his heart and soul into everything”. Your little prince charming will surely love this name.

The meaning of this name is “flowering” and its the short version of the African name Maocha.

While this name is originally from English origin, it has varied meaning. In jamaica, the name means “knowledgeable”.

This name doesn’t have a particular origin. In Jamaica, it means “glorious war hero”.

Leandro is a French name, and it means ‘lion”. It was derived from the word Leo.

This Jamaican name means ‘crown of Laurel’ or ‘victory’. It’s an excellent option for your baby boy.

READ:  70 Popular and Exotic Scandinavian Girl Names for Your Daughter

This masculine name is an original Jamaican name, and it means “victor”. Vittorio is one of the old Jamaican names and still enjoys massive usage.

Sean is originally from Irish roots and has gained a lot of popularity in other parts of the world. The name means “God’s gracious gift”.

Usher in English refers to a “doorkeeper”. It also means “a guardian”.

This sweet-sounding Jamaican name is of the unique options on this list that you should consider. The name means “courageous” or “advisor to the King”.

This is another trendy Christian name in Jamaica that means ‘spirit of the sea’.

This unique Jamaican baby boy name also originates from the country. Akoni refers to someone who has ‘excellent leadership qualities and a brave warrior’.

You surely want to consider giving this original Jamaican name to your little prince as it has a very cheerful meaning. Damerae refers to a child who ‘brings happiness and joy wherever he goes’.

Ife is a Yoruba baby name that has enjoyed a fair amount of popularity in jamaica. The name means “love” or “someone born with an innate desire to love and be loved”.

This name is originally from Jamaica, and it refers to a strong and famous magician.

This is one of the popular Jamaican baby boy names that also originates from the country. The name means ‘victory protection’, and it’s also a variant of Siegfried or Sigmund.

Omario is a Jewish name and the Jamaican diminutive of Omar, meaning ‘articulate’ and ‘eloquent’.

This name’s origin can be traced to Latin roots and is reasonably popular in several parts of the world. The name means ‘lawful or upright’.

This entry is a non-traditional name with multiple origins. It is a variation of Jaden or Jadon, meaning ‘thankful’ or ‘God has heard’. 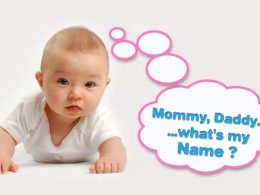 At six months of age, babies usually start having solid food, initially some at

The 7 Best Chila Recipes for Babies and Toddlers

Chilas or Dosas, whatever you like to call them have been superbly beneficial to

Whether you are Italian, have lived in Italy, or you are just in love with the