100+ Irish Boy Names and Their Meanings

Are you in search for strong Irish boy names? Why don’t you try fixing your eyes on these unique Irish, Celtic, and Gaelic boy names that hail from the Emerald Isle; these names are quite popular too.

Choosing a name for your baby boy is one of the most exciting and challenging task for a parent.

If you or your spouse happen to have an Irish or Celtric root (or you just love the sound of Irish names and want to gift your child one), consider an emerald isle-inspired name for your newborn baby boy.

Ireland is a beautiful country with great sites as lush green landscapes and a rich cultural heritage. Throughout centuries, these histories and Irish people have inspired many baby names that are employed all over the world.

Irish boy names go far beyond the common “Patrick” most known in the Western part of the world, no offense! Names like Connor, Declan, Liam, and Sean have also made their way up the list of most popular baby boy names in the Western world.

In Ireland that are some unique spellings (due to the Celtic and Gaelic heritages), if you want an unfamiliar Irish boy name, consider names like Fionn, Eamon, and Eoin.

For Irish inspiration, try your luck below at the list of pseudonyms below:

Alfie, short variant of Alfred, comes from the old English name ‘Elfred’. It is a name meaning ‘wise counsel’.

Alex is a pet name of the name ‘Alexander’. The name means ‘defender or protector of man’.

Alan is a popular Irish name. The name means ‘noble’ and has variants such as Allan and Allen.

Ben is short for Benjamin which has Hebrew origins. It means “son of the right hand”.

Brion is a variation of the name Brian. It is thought to mean ‘honorable’ and ‘strong’.

Colin is short for Nicholas, and it means ‘pup’.

Conor or Connor means ‘lover of hounds’. It can also mean ‘high desire’.

The Name Darcy has French and Irish origins meaning ‘the dark one’ or ‘fortress’.

Devin has Irish origins and means ‘poet’. Note: it is not the same as Devon.

While the name has its origins in Scotland, it has been extensively adopted by the Irish. In Gaelic, it means ‘dark warrior’.

Darby ‘free one’ in Gaelic.

Donal is the Irish variant of Donald. It means ‘proud chief’ in Gaelic.

Farrell is an Irish name which means courageous.

Flynn means ‘son of the red-haired one.’ This name has a deep Irish origin.

Grady is quite a popular boy name with Irish Origins meaning ‘noble’ or ‘Descendant of a Foreign Helper’ from old translations.

Garret is a name from Gaelic origins meaning ‘strength of a Spear’.

Hugo has various origins such as Irish, French and German origins. The name has a meaning of ‘heart,’ mind,’ intellect,’ or ‘spirit’.

Ian is originally an old Scottish form of John. It stand for ‘God is gracious’.

John is one of the oldest, biblical, and widespread names with a Hebrew Origins. It also means ‘God is gracious’.

Jake has its origins in the biblical form as Jacob. It means ‘supplanting’.

Jamie is a nickname for James. It is also common as an independent name. It means ‘supplanter’.

Jordan is an old name with Hebrew origins. It means ‘to flow down, descend’.

Jonathan is also a name with a Hebrew origin. It means ‘Yahweh/God has given’.

Karl has its origins in the German culture where it means ‘a man, peasant, freeman’.

Leo is an old Latin name which means ‘lion’. It has an Irish Root.

The name Michael has Hebrew origins. The name means ‘who is like God?’

Murphy is a highly popular Irish name even among the English men. Murphy means ‘sea warrior’.

Mason is an Old Irish name that means ‘one who works/plays with stone’.

Martin comes from the Latin word ‘Martinus’. It means ‘One of Mars or war-like’. It also possesses Mexican roots.

Matthew is a biblical highly popular name, it means ‘gift of God’.

Max is a nickname name for Maximilian, which means ‘the greatest’.

Neil is derivative of the Gaelic word Niall. Neil in Irish means ‘a champion’ or ‘a cloud’.

Nathan is of Hebrew origins and it means ‘gift’.

Ollie is a loving short form of the name Oliver with French origins. It means ‘olive tree’.

Owen is thought to be of Welsh meaning ‘lamb’ and also Gaelic meaning ‘youth’.

Shaun is derived from Seán. It is also an Irish version of John meaning ‘God is gracious’.

Shane is the Anglicized Irish name Seaghan, which is another form of John.

Aidan has its roots from the Irish word Aodhan, which means ‘little fiery one’.

Angus is an old Irish name that means ‘strength’. Very similar to ‘Argus’ of Greek mythology.

This name means ‘prince’ or ‘king’.

Pronounced as “keen”, Cian is a very popular name that means ‘ancient’.

The name has Gaelic origins and means ‘holly tree’.

Cathal is an Irish Celtic name which means ‘powerful in battle’.

Carson has an Irish-Scottish origin and means ‘son of the marsh dwellers’.

Clancy is a rare name that means ‘red-haired warrior’.

READ:  Disadvantages of Overprotecting Your Child

Derived out of the Irish name Kieran, this name is popular with Irish and the English. It means ‘little dark one’.

Having an Irish roott, Declan means ‘man of prayer’.

Dillon means ‘loyal’. It can also be spelled as ‘Dylan’ outside Ireland.

In Gaelic, this name means ‘dark’.

Daithi is the Irish name, a version of the Hebrew name David. Pronounced as “DAH-HEE”, it means ‘beloved’.

Gulliver is a popularly known name that means ‘glutton’.

Ivo has ancestry links in both Irish and German cultures. The name means ‘yew wood’ or ‘archer’.

Kellen is inherited from both Irish and German ancestry. It means ‘slender’.

Kian is another form of the name Cian from Celtic origins. The name means ‘enduring’.

Killian is a variant form of the name ‘Ceallach’ of Irish origins. It means ‘war’ or ‘strife’.

Kerry is an Irish name that means ‘dark’ or ‘dark haired’.

Keenan is also an Old Irish name that means ‘Ancient’.

Lennon has Irish origins; it means ‘small cloak or cape’. Some historian thinks it may even mean ‘little blackbird’.

Liam is an old Irish name that is also popular. It originates as a shorter name for ‘Uilliam’. The name means ‘resolute protection’.

Lucan is an Irish derivative of the name ‘Luke’, which means ‘man from Lucania’.

Maguire is a relatively popular Irish surname which means ‘son of the beige one’. It is also being used as a first name.

McCoy is an old Irish name which means ‘fire’. It is mostly employed as surnames.

Marcus is thought to mean ‘dedicated to Mars’, or ‘warlike’.

Nolan is old Irish name that stands for ‘champion’.

Nevin means ‘holy’. It has an Irish origin

Niall is an old Irish boy name which means ‘Cloud’. It is similar and may sometimes be confuse with the name Neil. It is pronounced as “NYE-AL”.

It is pronounced as “FAY-LAN” and this Irish name means ‘wolf’.

Piran is an ancient Irish name which means ‘prayer’.

Quinn is an Irish name which can mean ‘intelligence’, ‘chief leader’ or ‘descendant of Conn’.

Torin is an old Irish male name which means ‘chief’.

Tyrone is an Irish boy name meaning ‘land of Eoghan’.

Hebrew origins, Aaron is from Aharon which means ‘the exalted one’.

Adam is one of the oldest names around derived out of ‘Adama’ which means ‘red earth’.

The word ‘bri’ means hill. Therefore the name ‘Brin’ in context mean ‘high/noble and strong’. It is pronounced as “breen”.

Carbry is another old Irish name which also means ‘charioteer’.

READ:  88 Roman Names for Boys and Their Meanings

Callahan is an old Irish name which means ‘bright headed’.

Pronounced as “darra”, Darragh can be translated into ‘fruitful’ and ‘fertile’ or ‘dark oak’ or ‘oak tree’.

Declan is pronounced as “DAY-GLAWN” and means ‘son of prayer’ or ‘Full of Goodness.’

Eamon is an old Irish name that means ‘keeper of riches’. It is pronounced as “aim-on” and has derivatives in Edmund and Edward.

Pronounced as “OH-IN”, it’s commonly is ‘well born’. But Eoin also means ‘Yew,’ and the name is translated as ‘Land of the Yew’.

Fergus is an old Irish name that means ‘strong man’.

Fintan is derived from two names. Fin– means ‘white’ and —tan means ‘fire’, so the name is said to mean ‘white fire/heat/flame’ or ‘Pure flame’.

Lochlann is an old word which means ‘place of the lakes’.

Pronounced as “nile”, the name is associated with royalty as it was common with kings. It is thought to mean ‘passionate’.

Odhran which is pronounced as “oh-dran” means ‘dark-haired’.

Ros has old Irish origins and it means ‘prominent’.

Pronounced as ‘ULT-UN’, the name means ‘Ulsterman’, one of the provinces or Ireland at the northern tip.

Name of an Irish saint

From the Narrow Forest

A exotic usual name that means ‘Dark’ or ‘Mysterious’

A manly Irish name that means ‘Rough’ or ‘Fierce’

This was a very common Irish name that found it’s way up top western names. Patrick means ‘Noble’ or ‘Patrician.’

Searching for Beautiful and popular names? Or unisex name trends, that is, unique names to be used as a middle names or first names with fearless meanings for your baby boy, baby girl, or even your boy girl twin?

May come with few factors to consider; the sound of the names, their popularity, and personal preference are just a few. It is fun to surf for names, and it does not have to be your ‘boring’ task alone.

You can engage your lover or spouse, close friend, and close relatives. Narrow down your search by striking down your favorites. Keep narrowing the list down until you find that perfect name.

May this list of unique Irish boy names provide you with an interesting and exciting experience of naming your new male bundle of blessing!

Women Reveal to Men What It Takes to Raise a Daughter

There have been much said and written on women raising a man/son, but there have 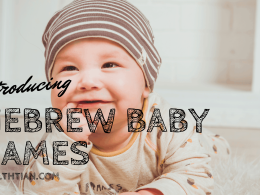 60 Hebrew Baby Names for Your Newborn 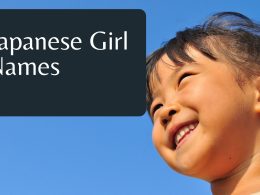 Japanese names are beautiful and creative Sleepover parties are a rising trend amongst teenagers, and it is an