Everything You Need to Know About Intensive Parenting

Intensive Parenting, also known as “Helicopter Parenting,” refers to a style of Parenting where parents are over-focused on their children.

In intensive Parenting, the parent pays exceptionally close attention to the child’s or children’s experiences and problems, particularly at educational institutions.

In this style of Parenting, parents feel a need to be intensely involved in the life of their child or children. Intensive Parenting is also referred to as Helicopter Parenting.

Because, like helicopters, they, the parents, “hover overhead,” overseeing every aspect of their child’s life constantly.

A helicopter parent is also known to strictly supervise their children in all aspects of their lives, including in social interaction.

What is Intensive Parenting?

Every parent wishes for their children to be happy and successful in life. But who wouldn’t leap at the chance to make their child’s life easier if given a chance?

While this is natural behavior, some parents take it a step further and hover over their children like a helicopter. The best way to describe intensive Parenting (also called helicopter parenting) is described as “over-involvement in a child’s life.”

It’s the polar opposite of free-range Parenting. This is when children are allowed to think for themselves. It is also similar to lawnmower parenting, in which a parent “mows down” — so to speak — any issue a child may encounter so that they never feel hurt discomfort or disappointment.

While intensive Parenting has become widely discussed in recent years, it is by no means a new term.

Intensive Parenting has a variety of factors, and it may also be the result of deep-seated problems. Knowing this will help you comprehend why someone feels compelled to be too involved in their child’s life. The following are some of the possible causes:

Fears about the future of their children

Every parent is concerned about the future of their child or children, and some parents are ready to do anything to ensure that their children turn out successful in the future.

Some parents so much believe that what their child does today has a huge impact on their future. Being intensely involved is seen as a way to prevent struggles later in their life. They believe they know better, and it is their duty to guide the child and make decisions that may determine that child’s future.

A child getting a low grade in school, not doing well, and eventually getting cut from a sports team or not getting into the college of their choice can spark fears of uncertainty about their future.

Anxiety causes parents to get intensely involved in the life of their child/children. Parents may get anxious about what is happening in their children’s lives, what they are going through at a particular time.

When they see their child injured or disappointed, some parents become nervous and emotional, and they will do all they can to prevent this from happening.

They do not know that disappointment and hurt are natural parts of life that help a child develop and become more resilient. (Consider how much we, as adults, accept that adversity has made us stronger.)

Trying to find purpose and fulfillment

Some parents try to find purpose in the life of their child/children. As such, would not want them (the children) to make mistakes, wrong decisions and choices, or anything that could mar their greatness or success in life.

This leads the parent to become intensively involved in every area of the child’s life – from making friends and the company they keep, choosing a school, course of study, and every other thing that takes place in the child’s life.

When a parent’s identity becomes entwined with their child’s accomplishments, intensive Parenting arises. The success of their child makes them feel like a better parent.

Perhaps the overprotective parent didn’t feel loved or supported by their own parents, vowing that their children would never feel the same way. This is a perfectly natural, even admirable emotion.

Although this can break the cycle of neglect, some parents go too far and give their children more attention than is necessary. Some parents may overdo it, getting too involved in the life of their child/children, sometimes without even knowing it.

Peer pressure isn’t associated with children or youths alone, and it also affects adults. So parents who surround themselves with intensive parents might feel pressure to imitate this style of Parenting.

For fear that others will think they’re not as good of a parent if they don’t.

They feel being involved in the activities and happenings in the life of their child/children makes them a better parent than otherwise. They are pressured by other parents who have adopted Intensive Parenting.

What are the benefits and consequences of intensive Parenting?

Intensive Parenting may be beneficial to some extent, at least in the case of the parent. While it is a divisive modern parenting style, research shows that parents who are actively involved in their children’s lives are happier and have more meaning in their lives.

However, children do not always benefit from intensive Parenting. While some parents hover to give their children an advantage, other research indicates that over-involvement can cause some children to struggle in school and elsewhere.

Some consequences of Intensive Parenting

Though viewed positively by some parents, Intensive Parenting can backfire and cause a child to develop low self-confidence or self-esteem.

Since a child has never had to find out anything on their own, they will question their own abilities as they grow older. They may believe that their parents don’t trust them to make their own choices, and they may begin to doubt their own ability to handle their lives.

Low self-esteem and low self-confidence can become so severe that they contribute to other issues such as anxiety and depression. And these emotions don’t automatically go away as a child grows older.

Prone to Anxiety and depression

Students raised by so-called intensive (helicopter) parents were more likely to be on anxiety and depression medication. This is according to a report assessing the effect of this type of Parenting on college students. However, the study was restricted since it focused on a small, mostly female population in Turkey.

There’s also the possibility that a child will develop entitlement problems. Whereby they feel they are entitled to such benefits as a result of always having what they want. They grow up thinking that the universe will bend over backward to help them, which can lead to a rude awakening later in life.

Intensive Parenting can lead to raising over dependent kids

Intensive Parenting may lead to the breeding of incapacitated individuals. Whereby the children who were brought up under this style of Parenting grow up with the conviction that they can not make reasonable decisions by themselves. This may also lead to a high level of self-insufficiency, where they start seeking validation from people. They are not sure of themselves or their abilities.

See also  What Is Hypnobirthing?

When their parents attempt to influence their lives, some children act out and become violent. Others are born with weak coping abilities. They may lack conflict solving skills as a result of not learning how to cope with failure or disappointment in primary, high school, or college.

How to avoid intensive Parenting?

It may be difficult to let go of the reins, but that doesn’t make you any less of a caring, active parent. You should reassure your child that you’re still there even though you don’t solve all of their problems.

Here’s how to break free and promote your child’s independence:

When choosing a parenting style, think about how it will affect your child now and in the future.

Of course, every parent has gone above and beyond to make their child’s life easier at some stage. The issue arises when intensive Parenting becomes the norm, obstructing healthy growth.

You may not realize you’re “intensive parenting,” but there’s no denying you want the best for your kids. Consider the child or adult you want them to become, and then tailor your parenting style to achieve that goal. You may find that taking a step back relieves a strain — on both yours and theirs.

Jennifer Aigbini is a content writer at Kraftysprouts Media, LLC. She helps driven brands rapidly grow their impact by signaling your best client through quality content. She has three years of experience in content writing, and has undertaken projects in varieties of niches like parenting, annuities, pets, and tech.

Read More
PParenting
Urhobo baby boy names like Ovoke, Eguono, Oke, and Ufuoma, are only a few out of the thousands… 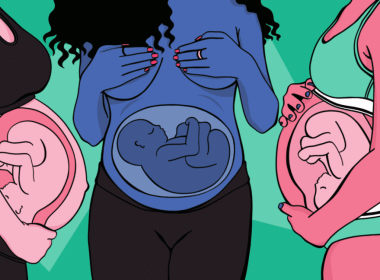 Read More
PParenting
When I was younger, I vividly recall how my mum would tell me to place a hand in… 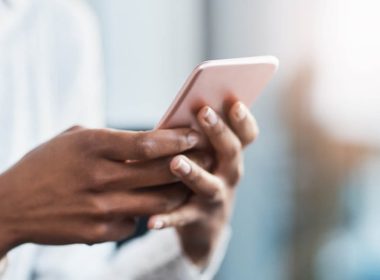 Read More
PParenting
Have you ever heard of co-parenting app and what its functions are? I’d like to assume this is… 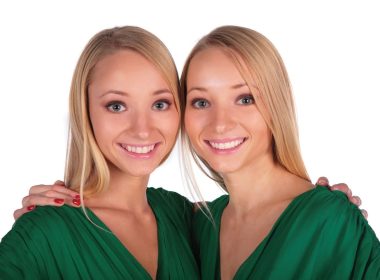 Read More
PParenting
Children are a bundle of joy. Having one child at a time is amazing; however, having a set… 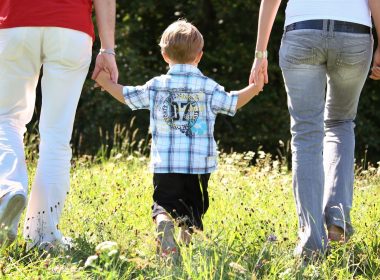 Read More
PParenting
Parenting has never been a walk in the park, especially where a couple is going through a rough…