12 Types of Plants for Your Home to Improved Air Quality

Common problems with the oxygen we inhale are happening right now, and in some cases, an injury to the lung can result in a catastrophic near-death experience.

A study even has it that breathing in certain things can cause the lungs to experience fatal problems.

The need for clean air is on a global scale, and the idea of indoor plants to help with purifying the air in the home is because it is said that the air coming from outside is consistently circulating through most houses.

People can tell when their home is stuffy and needs enough ventilation to feel the difference from having some indoor plants.

However, it still depends on whether your windows are open, if the house is well insulated, how many indoor plants you have, and other factors involved.

Plants naturally give off oxygen in the environment, and multiple studies have proven that indoor plants improve the quality of air. One would need a lot of indoor plants to purify the air successfully.

NASA reported that 15-18 air purifying plants are required in order to make a difference in an 1800-square-foot residence.

Let us look at some indoor plants that you could place around your home, to purify the air.

Valerian plants come in shades of white and pink flowers that give off a pleasant smell and make your home more comfortable. These perennial flowering plants are described as an insomnia treatment by a Roman philosopher and physician known as Galen.

Peace lilies are plants not only known to filter through the air and eliminate harmful chemicals like formaldehyde, trichloroethylene, and benzene but can also help maintain proper humidity and keep the air fresh by suppressing harmful airborne microbes that may cause allergy symptoms.

The spider plant is considered one of the most potent air-purifying plants, that is able to eliminate a large amount of impurity in the air that is known to contaminate the air in the home, and it is also able to absorb fumes and odors.

The spider plant is also capable of sustaining the levels of oxygen in the environment; however, there should be enough of these plants to produce a considerable effect.

The snake plant is regarded as an oxygen powerhouse that is known to mainly release oxygen at night, making the home more conducive to sleep in.

Gerber daisies are plants nature has designed to improve a person’s mood, releases enough amount of oxygen and alleviate some symptoms linked with allergies.

The bamboo plant is also suitable for indoor use because it helps purify from toxins and odors.

This plant, like its beautiful name, fill the air with a soothing aroma that helps improve sleep, reduce stress and anxiety, and rids the room of offensive smell.

We can’t tell for sure if all these characters are attributed to the smell the plant gives off, but one thing is sure, having this plant in your home gives you a sense of purpose because it taps into your very essence

READ:  19 Different Types of Pumpkins and How to Use Them

Lavenders are considered stress relieving plants. This plant is good indoor because it not only helps soothe crying babies, but it also reduces blood pressure. Talk about the silent doctor.

This beautiful plant has the same traits as other plants mentioned before, and it is good for people who have a problem sleeping. Having a few of these in your home isn’t a bad idea at all.

English ivies are unusual plants because they not only purify the air, but also help combat airborne impurities. However, the toxic nature of this plant doesn’t allow for much touching and might be fatal to ingest. So it is advisable to maintain minimal contact with the plant.

Marbled, heart-shaped leaves are the common ways to tell that it is a golden pothos, and it is known for purifying the air.  Also, like the “English Ivy,” it is also toxic and shouldn’t be ingested. Keep them away from kids.

Aloe Vera, also known as “the plant of immortality” by Ancient Egyptians, are a popular plant that is found almost everywhere, but what you can’t tell apart from its healing properties is that they also help in purifying the air and making breathing easier.

So what do you think? Don’t you just want to get some flower pots and plant some in? Let’s have the house smelling nice. 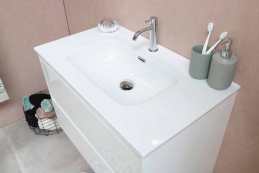 Learn about the various types of bathroom sinks, also known as basins, that you 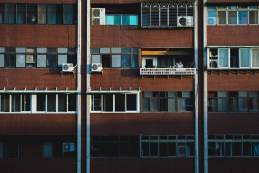 Understanding the different types of apartments, including their size and 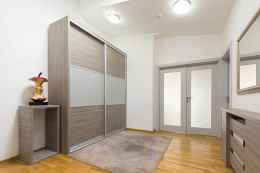 Doors add to the beauty of a home, no doubt

Window decorations are essential for a tastefully decorated living room,