Baby girls are not exempted from bearing hunter names. There are feminine hunting names that depict strength and resilience.

It also reflects the parents’ love for hunting as a sport.

There are a good number of beautiful hunting names that are suitable for baby girls.

This is the name of a goddess responsible for ensuring that hunters get enough food for themselves. She is seen as the equal to Sedna, a Canadian goddess, but is mainly worshiped in Greenland. Other variations of Arnakuagsak include Arnakua’gsak and Arnarquagsag.

Artemis is a name of Greek origin, and it is the name borne by one of the most popular figures in Greek mythology. Artemis is the Greek goddess of animals, wilderness, and hunt. Artemis was Apollo’s twin.

Atlanta is the name of a virgin huntress. Her father left her to die when she was born because he didn’t want a female child. Atlanta survived at the mountain top she was abandoned at and grew in the wilderness. She also underwent the virgins’ oath and became a renowned huntress. The name is of Greek origin, and it is a variant of Atalanta. The name means “secure and immovable.”

Auryon is a recent addition to the list of female hunting names. It has an aristocratic bearing, and the name means huntress or hunter. It is of American origin.

Bendis is a name of Greek origin, and it is firmly rooted in Greek mythology. It is the name bestowed on the Thracian goddess of the hunt and moon. She was a renowned huntress and had maenads as her companions. Bendis is affiliated with Artemis.

Brielle means hunting grounds. The name has a modern resonance to it. This is a common hunting names in Mexico. It is also used beyond the Mexican community. The name is of French origin.

Britomartis is the name of a popular figure in Minoan mythology. She was illustrated as the goddess of mountains and hunting. She was mostly worshipped on the island of Crete.

Cyrene was a huntress to be reckoned with. She was the child of Hyseus. The name means supreme power. The name is of Greek origin, and according to mythology, she was a lover of Apollo.

Dali is the name of the goddess of the hunt. The name is short and easy on the tongue.

Devana is a name of Slavic origin. It means goddess of the hunt, and it is the Slavic equivalent of Diana, the Roman goddess. It is a bold and mythical hunter name.

Diana is a name that is pleasant to the ears. Diana is the Roman goddess of the hunt and the moon. It is one of the most popular hunter names for girls.

Diane is a variation of the name Diana, the Roman Goddess of hunting. Unfortunately, Diana has taken over this name, and some believe it’s because the ‘e’ at the end has a mid-century effect to it. There are many prominent bearers of this name, including Diane de France. She was the daughter of Diane Sawyer and France’s Henry II, American TV journalists.

Fianna means warrior and huntress. It is an Irish name, and it is prominently featured in Irish mythology.

Flidais is the goddess of woodlands, animals, and hunting. It is a Celtic name prominently featured in Irish mythology. She was also regarded as the deity of fertility.

Kacela is a variant of Kacey. It is an American name that means hunter or huntress.

This name means “hunter’s daughter.” It is an African name of Kenyan origin.

Mielikki is a Finnish name that means goddess of hunt and forest. She was a deft healer who could incredibly heal the paws of animals.

Neith is the name of Egyptian origin. She is the Egyptian goddess of the hunt. It means divine mother, and it is a biblical name for the hunter or huntress. She was also the goddess of weaving and war. According to Egypt cosmology, she is the creator of the world and the mother of the sun god, Ra.

Nerrivik is a name of Inuit origin. She is the patron goddess of the fishermen and sea hunters. She is also the mother of the sea and food provider for the Inuit people. In Canada, she is recognized as either Sedna or Arnapkapfaaluk, and in Greenland, she is known as Arnakuagsak.

Nujalik is another hunting name of Inuit origin. According to Inuit mythology, she is the goddess of hunting in the land. It is a fierce-sounding name.

Pakhet is the name of the lioness goddess of war and hunting, and it is of Egyptian origin. Pakhet was a huntress who moved through the desert at night in solitude, seeking prey. She was known as the night huntress because of her keen sight and razor-sharp claws.

The goddess is also regarded as the protector of motherhood. Her name means “he who scratches.” She is often illustrated in Egyptian art as a feline or a feline-headed female who killed snakes with her claws.

Skadi is the name of the goddess of bowhunting. If you have a penchant for hunting with a bow, this is a proper name for your child. Skadi is of Swedish origin and is also the goddess of the wilderness, who usually hunts in the mountains using her skis.

Her father was a giant, and his name was Thiazi. She was a giantess but gained the Asgardian gods’ acceptance after marrying the Norse sea god, Njord.

Winda, meaning hunter, is one of those girl names that has a cute ring to it.

Zarola, also meaning “hunter,” is a gorgeous and classic girl name. However, not many people recognize it, especially since it isn’t very common. Nonetheless, it is assumed that Zarola should be accessible to baby girls of our generation. 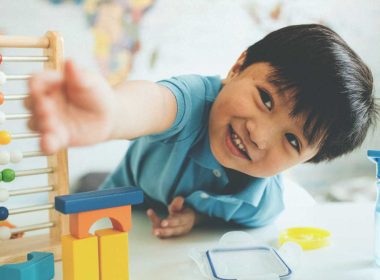 Read More
PParenting
The different types of play are enjoyable for children, but it is also necessary for their healthy growth. Children…

Read More
PParenting
Urhobo baby boy names like Ovoke, Eguono, Oke, and Ufuoma, are only a few out of the thousands… 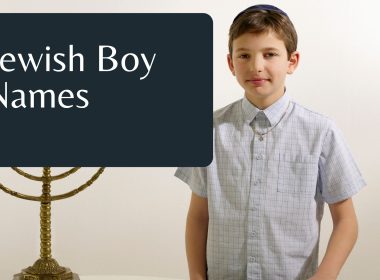 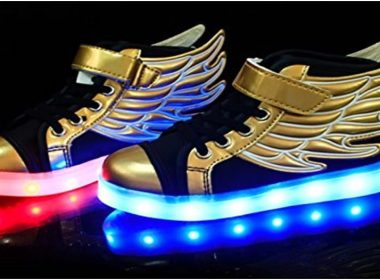 Read More
PParenting
Do you remember wearing those noisy , LED  shoes in the 90’s. You must have surely been in…