19 Most Eco-friendly Cities in the World

Pollution and carbon emissions aren’t pleasant for anyone, so here’s a list of eco-friendly cities prioritizing nature and sustainable living.

Pollution and carbon emissions aren’t friendly for anyone. So here’s a list of cities that prioritize nature and sustainable living. No city is perfect, and many still have a long way to go before they can be considered truly sustainable.

However, these cities benefit both the people’s quality of life and the conservation and protection of our planet and environment.

The sustainability of our planet is in jeopardy now more than ever before. This is due to the rising population and technological advancements that change how we live our lives.

Furthermore, It’s becoming unpleasant, from the production of dangerous pollutants to the extradentary levels of waste.

Also, Governments and municipal governments worldwide feel the heat from their population—particularly Generation Z, who are well-known for campaigning for environmental reform.

And pressing countries to seek new methods to become more sustainable and address this global issue.

We’ve compiled a list of cities leading the way toward moving toward sustainable living and making the world a greener place. The world’s greenest cities are listed below.

Copenhagen has been labeled the world’s greenest city for various reasons. To start with, all of their buses are transitioning from diesel to electric power.

Furthermore, more of their roadways are being designed expressly for bicycling, and also, electric bikes are being supplied at a reasonable cost.

Again, another fascinating thing about Copenhagen is that two-thirds of its hotels are eco-certified, signifying that they adhere to the highest levels of sustainability in terms of energy, food, and design.

They also have vending machines that use recycled stuff and receive a deposit at many of their restaurants, and they sell cuisine made with organic ingredients in many of them.

By 2025, This beautiful Copenhagen city aspires to be carbon neutral. With all of these extraordinary achievements, it’s difficult not to believe that this is one of the most eco-friendly cities globally.

Here are some statistics demonstrating why Zurich is near the top of our world’s most eco-friendly cities. It is interesting that renewable energy sources now account for more than 80% of their electricity. Also, over 40% of the garbage in the city is recycled.

Finally, almost 70% of their hotels are certified as sustainable. They have bikes all across the city, just like Copenhagen, giving them away. Zurich is undoubtedly a green city from which all other cities can learn.

Amsterdam is innovative and environmentally conscious in areas other than its well-known “coffee cafes.” It’s known for having more bikes than people (bikes are piled on top of each other in the streets!), and it’s also known as the world’s most bicycle-friendly capital city.

Bristol was the first British city designated as the European Green Capital. It’s an honor bestowed upon a community for its efforts in addressing urban environmental concerns.

Furthermore, It is also known as the most environmentally friendly city in the United Kingdom. Bristol has good air quality, and the number of bikers on the road has increased.

This site has done its fair share of modifications to assist its residents to live a more sustainable lifestyle, with 14 islands and more than 50 bridges.

The large city aims to phase out the use of fossil fuels by 2040 and is doing it by enacting new rules that promote a greener society – with European Union assistance to help it grow smarter.

Furthermore, bio-fuel, made from sewage waste and used to power automobiles throughout the city, is gaining popularity.

Stockholm is one of the eco-friendly cities. They are capable of repurposing any waste heat from its 30,000-seat stadium. Recovering heat might help warm over 1,000 flats more efficiently using sustainable ways.

Berlin is a mad, wild city, but it’s also known for its unconventional approach to environmental preservation.

Also, Berlin has more parks than any other European city, and it integrates green spaces nicely into the urban landscape.

Following World War I, inhabitants became far more self-sufficient and appreciated their green spaces than they had previously, learning to cultivate their food, a trend that has been handed down down the years.

Furthermore, with the advent of electric vehicles, Berlin has erected over 400 charging stations throughout the city, encouraging residents to consider switching vehicle types.

Moreover, locals do not perceive the necessity to own automobiles and instead choose to share to save the environment.

One of the significant factors contributing to London’s eco-friendliness is the city’s approximately 3,000 green spaces and parks, which account for 40% of the city’s total area.

London is among the eco-friendly cities in the world. The IESE Cities in Motion Index 2020 classified the city as the most environmentally friendly globally. By 2050, London aspires to have zero greenhouse gas emissions.

They’re putting money into hybrid diesel-electric buses. They expect that by 2037, all 9,200 of their buses will be emission-free.

Believe it or not, 25% of city workers commute by bike, carpool, or public transportation, which has significant environmental benefits. As a result, the number of dangerous automobiles has decreased.

Furthermore, the city has an estimated 250 miles of bike trails, demonstrating how easy and safe it is to move around. Cycling is the primary mode of transportation for 8% of the city’s population.

Furthermore, Portland generates 2,434,840 tonnes of garbage and recovers 1,235,924 tonnes, which is incredible for a major metropolis. In addition to the preceding, the city employs 33% renewable energy.

San Francisco’s green movement has been reshaping the city in recent years. Also, San Francisco is one of the eco-friendly cities, recycles about 77 percent of its garbage.

In addition, the city was the first in the United States to outlaw the use of plastic. Furthermore, another impressive green statistic in San Francisco is that 13.8 out of every 10,000 residences uses solar energy, more than double the national average.

Also, San Francisco is one of the best locations to visit without a car. You may walk all around this environmentally friendly metropolis.

As shocking as it may seem, New York City has also been named one of the world’s most environmentally friendly cities. Heating and water conservation are becoming more critical in their housing buildings.

Furthermore, small gardens are planted on balconies, terraces, and rooftops.

By making substantial environmental strides, such as using energy from South Africa’s first commercial wind farm, altering the city to provide bike lanes, and supporting farmer’s markets, Cape Town is leading the way for the entire continent of Africa.

Paris is known for being one of the eco-friendly cities, named after an international treaty on climate change. In the ten years between 2004 and 2014, the city’s greenhouse gas emissions decreased by 9.2 percent.

More measures to promote sustainable transportation and assist create a more sustainable city are being implemented by the city.

If you want to visit a place or city that values the environment’s friendliness and the planet’s long-term environmental viability, then Helsinki is a place to go.

The capital, located on a peninsula in the Gulf of Finland, combines metropolitan areas and tranquil reservoirs.

Furthermore, tourism is one of the most important contributions to Helsinki’s economy, which has increased environmentally friendly lodging.

Indeed, approximately 75% of hotel rooms in the city have been certified as eco-friendly, and those that haven’t fully committed to the cause have some environmental plan in place that covers all aspects of the business, from food and water to waste management and energy consumption.

With the Olympics set to take place in Tokyo this summer, the city has announced that all of the energy required to power the Games would come from sustainable sources. By 2030, the city hopes that half of all new automobiles sold will be zero-emission vehicles.

Tokyo likewise intends to use renewable energy sources to power 30% of the town. They also continue to lead the globe in having one of the lowest-emission public transportation systems.

People flock to Vancouver because of its proximity to the mountains and wildlife, so it’s no surprise that it’s one of the world’s most environmentally conscious cities. Vancouver is a top performer in CO2 emissions and air quality, and it is home to Greenpeace.

The city, believe it or not, has a population of only 126,100 people, which is one of the primary characteristics that enables easy and adaptable improvements to make it a greener area.

Furthermore, the promotion of public transportation is motivated by the city’s desire to continue introducing hydrogen buses, which are now used by barely 4% of the population. The city has set a target of trebling this by 2030 to ensure that this happens.

Singapore has been named Asia’s most environmentally friendly city due to its sustainability efforts. By 2030, Singapore plans to have at least 80 percent of its buildings be green.

The city aspires to be one of the world’s most environmentally friendly cities in the future. Singapore being one

However, they are currently regarded as Asia’s greenest city. It is one of the best-known towns in the world for its abundance of trees.

Used water that has been cleansed and treated accounts for over 40% of Singapore’s water supply. With so much innovation, this city will undoubtedly become a sustainability leader for many years to come.

Montevideo’s long-term aim is to save its natural ecosystems and rural areas. Over 85% of Uruguay’s electricity is generated from renewable energy sources.

Grenoble has been named the European Green Capital for the year 2022. Between 2005 and 2016, the city’s greenhouse gas emissions were reduced by 25%. By 2030, they aspire to have reduced carbon emissions by half. 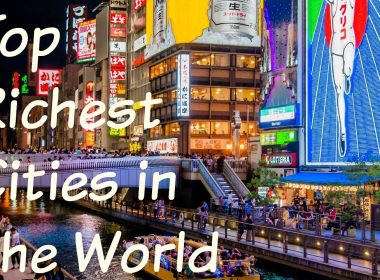 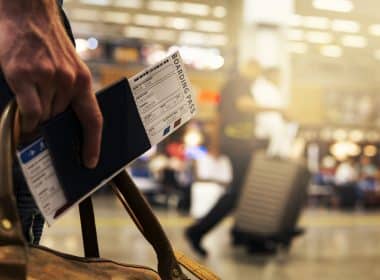 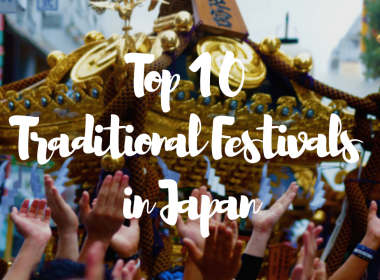 Read More
TTravel
There are more than 300,000 “matsuri” festivals in Japan, and they vary significantly from region to region. Residents plan… 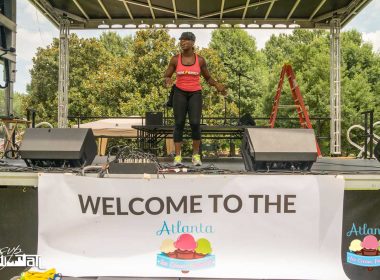