You may be wondering, “Do walls have different types?” Well, yes, they do. Walls are structures that divide a building into sections.

Below is the list of the different types of walls.

A non-load-bearing wall is the first on our list among the different types of walls. We can distinguish non-load bearing walls by their rafters and joists.

They don’t support roof loads or floors above them, and therefore, they won’t support any of the structure’s weight.

Contractors use these walls as partitions or separate the rooms from the other compartments. Also, without impacting the construction of the building, we can remove the non-load-bearing wall.

They can remove any non-load-bearing walls without jeopardizing the building’s structural integrity.

Furthermore, they are cheap and not in charge of the property’s gravitational support.

A load-bearing wall is a building’s active structural element. It is one of the earliest construction methods.

It bears the loads on it by the beams and slabs above it and its weight and transfers them to the foundation.

We can use load-bearing walls inside or outside the building, and this type of wall is frequently perpendicular to the joists on the floor.

Further, they build the load-bearing form of wall on a strip foundation, which holds the weight of the elements above it by directing it to a foundation structure below it.

The shear wall is among the different types of walls. It is a vertical component of a system that withstands lateral forces in the system’s plane.

It makes a building more resistant to wind and earthquake loading. However, it usually consists of wood frame stud walls with a structural sheathing material such as plywood.

To counteract these forces, we use a shear wall.

However, the backing is attached to this wall type, but it is not so tightly bound that it exerts a standard action under load.

It also has an outside facing for insulation, adornment, or protection.

A cavity wall is another type among the different types of walls. There is a hollow center to this wall type, and it has two “skins” separated by open space.

The term “leaves of cavity wall” refers to the two independent walls that make up the cavity wall.

People refer to the internal leaf of the wall as the inner leaf, and they call the external leaf the outer leaf. It aids in preventing rainwater from penetrating the inside surface of the wall.

Further, people use mansory skins such as brick or cinder blocks on buildings.

A panel wall has a single piece of material that is usually flat and rectangular. It is a non-load-bearing outside wall in a framed building usually built of wood.

It’s also ornamental, offering insulation and soundproofing while maintaining a consistent appearance and some degree of durability or replaceability.

The use of wall panels can save construction costs by giving the paneled surface a consistent appearance without paint or other finishing materials.

A compound wall is a wall that contractors build entirely around a building to denote the boundaries of a property.

People also refer to it as a boundary wall. As a result, two independent plots are separated. Also, the two neighbors may work together to construct it.

The precast wall is among the different types of walls. They make it by pouring concrete into a reusable wall mold or form, which cures in a controlled environment before being carried to the construction site.

Then, they lift the place with cranes. Precast walls are primarily helpful in expediting the construction process, which is their primary function.

Also, this type of wall is preferable in situations where there is less work area and a lower likelihood of labor.

Furthermore, the nicest feature about precast walls is that the firms which manufacture them will provide qualified staff to erect the walls on your property.

Retaining walls are solid walls that support soil laterally, allowing it to retain at various levels on the two sides of the wall on either side.

Also, they are responsible for maintaining the unequal level of the ground on both of its faces. One of the functions of a retaining wall is to hold the soil back.

If the soil slopes downward, it can cause erosion in the surrounding area. Lastly, retaining walls keep water from flowing into a building.

The core wall is the last on our list among the different types of walls. They are a mixture of shear walls that contractors build from the base and lift to their height.

Also, they make the core wall from the foundation, then elevate it up to the building. To avoid the torsion effect, the contactors order and arrange the wall like a core, and they also position it at the geometric center of the building. 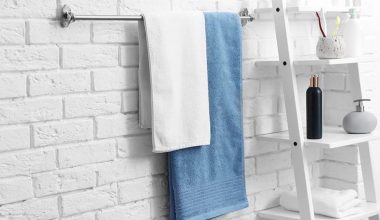 Read More
TThe House
There are different types of towels out there used for various work. Towels come in various shapes and… 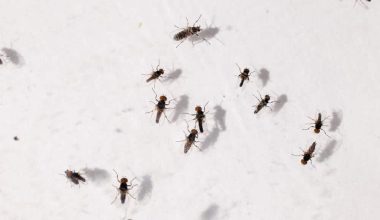 Read More
TThe House
Gnats are tiny, annoying insects that seem to increase during summer. At the same time, there are many… 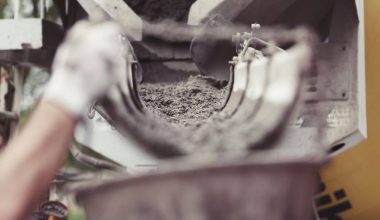 Read More
TThe House
Concretes are common materials you’ll find on construction sites for buildings. It is made out of aggregate mixed… 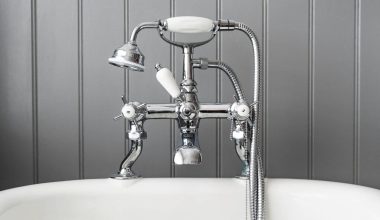 Read More
TThe House
There are different types of shower faucets that you can use in your bathroom. Shower faucets can be… 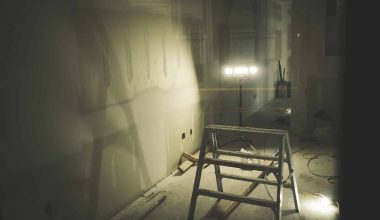