9 Different Types of Violins and Their Uses

Have you ever wondered how many different types of violins there are and which ones are the most popular?

Generally speaking, no two violins are alike, and some have made musical history, while others are the go-to choice for those new to the world of violins.

Understanding your stringed instrument’s anatomy, from the chin rest to the soundbox, is essential to playing the violin.

If you’re thinking about buying your first violin and diving right into studying it, you might be wondering about the different types of violins and how they’ve changed through time.

In this article, there are the different types of violins, their origins, and their sound, whether you’re seeking to buy a new violin or just want to learn more about them.

The modern violin is the most common type of violin. If you go to a music store or look for an acoustic violin on the internet, you’ll almost certainly find it. It’s also known as the acoustic violin or the classical violin.

The soundbox, which is hollow and constructed of wood, is responsible for echoing the sound produced by the bow and strings.

Metal and synthetic strings are used in modern violins, which are played with a Tourte bow. The modern violin is frequently used as a benchmark by which other types of violins are measured.

The Hardanger Fiddle hails from Norway, where it is referred to as a national instrument.

Its modern design is similar to that of a violin, but it has 8 or 9 strings instead of the 4 strings of a violin. Four of the strings are played in the manner of a violin, while the rest resonate.

A Hardanger Fiddle varies from a violin in appearance because it is composed of thinner wood.

They’re generally heavily embellished with carved animal pictures and black ink decorations. The use of mother-of-pearl on the fingerboard and tailpiece is not unusual.

Like other fiddles, the Hardingfele is used to create traditional Norwegian folk music for dancing.  The current style of Hardanger was first made in 1850, adopting a similar structure to a violin.

In the sixteenth century, this was the first standard violin available and is the forefather of today’s violin.

The neck has a shallower angle and is thicker to provide support for the tension strings. The sole difference between the classical and modern violins is that the classical violin’s string tension is lower.

Furthermore, Baroque violins are distinguished from modern violins by the use of gut strings derived from animal intestines.

They also featured flatter fingerboards and bridges than modern violins. In appearance, Baroque bows were bent outwards, giving them the impression of a launching arrow.

Many artists prefer performing in a baroque manner using an old-type violin and a classic baroque bow.

Several stringed instruments appeared similar to the violin before it was invented.

Many people mistakenly refer to them as early forms of violins, which is incorrect because they were formerly regarded as different instruments.

You must use your chin to keep them erect while playing the three strings to utilize them properly.

The Violetta, a three-stringed instrument carried under the chin, predates the violin. The Byzantine Empire’s lira is the other one.

This violin impersonator was held upright with lira de braccio against the chin as if it were a violin. There was also the violin, which was quite similar to the violin and became popular about the same time.

Despite their resemblance to a violin, these instruments are different in their way.

The violin’s string tension was enhanced as new bowing methods became popular in the seventeenth and nineteenth centuries.

The sound projection and range of the classical violin are the sole features that set it apart.

The modern violin has a slim neck and a high string tension, making it one of the most popular types of violins.

People nowadays use the classical violin to evaluate other violin types. Classical violins include more comfortable fittings, such as a chin rest that allows players to hold the violin comfortably.

Modern violins have evolved by using better strings and rosins, which aid in the production of a more classical tone.

An acoustic-electric violin is sometimes known as a semi-acoustic violin. It is available in both acoustic and amplified versions.

The hollow body lets you play it like a classical violin, but the built-in electronics provide amplification comparable to that seen in electric violins.

Since they have a hollow body, they don’t have as much feedback as electronic violins.

These violins combine traditional and contemporary elements to produce a violin with the best of both worlds.

If you can’t decide between a modern violin and an electric violin, the semi-acoustic instrument is the way to go.

You have the conventional violin aesthetic while still having the freedom to be creative and experiment with amplification without totally committing to an electronic violin.

The jack output allows you to enhance the violin, but you won’t be able to practice quietly with headphones with this violin.

It’s a popular choice among those who like to play a range of musical styles. Although adding a pickup degrades the sound quality, it may be the best option for you if you want to get creative with amplification and add effects to the sound.

The semi-acoustic violin is one of the most adaptable stringed instruments, fitting into practically any situation.

An electric violin is one of the types of violins that does not have a soundbox and requires an amplifier or speaker to hear the true sound.

Although both an acoustic and an electric violin may be played in the same way, the sound generated by each differs.

Your classical violin has a hollow look and produces music by vibrating the strings and the violin’s body.

Since electric violins have a solid body or only a frame, they create minimal sound and require an amplifier to boost volume.

When compared to traditional violins, electric violins require more equipment to get started.

To hear the full sound generated by an electric model without a soundbox, you’ll need an amplifier or speakers.

The sound is muffled compared to an acoustic violin without an amplifier, yet it can still be heard across the apartment.

Although most violinists agree that playing the two string instruments is comparable, the weight and sound of classical and electric violins vary.

The sound of an electric violin, like that of regular string violins, is determined by the bridge and number of pickups.

The sound of the electric violin is sharper than that of the four-string violin. When compared to the natural sound of a classical violin, the sound it generates is more associated with rock music.

While you may make a sound that is close to that of a traditional violin, the tone is noticeably different. While the traditional violin has four strings, a five-string violin is not uncommon in the electric niche.

They usually have a C string, which is the same as a viola string. Electric violins provide for more silent practice by letting you plug in a headphone as you practice.

It’s just an electronic violin. So don’t be fooled by the name; it isn’t as quiet as the name implies. It makes the sound of a bow striking a string.

The sound produced by this instrument is quite close to that of a mute violin. It’s the best violin for beginners since it allows them to practice quietly without bothering others.

You can receive high-quality sound by wearing earplugs, but you won’t be able to use the amplifier. This is the ideal type of violin for practicing at home with minimal disturbance to your neighbors.

Many classical violins have four strings tuned to G, D, A, and E, with a C string included in the five-string variant.

In most cases, five-string violins are not suitable for playing classical music, and musicians use the additional pitch to improvise their sound.

As a result, the five-string violin is well-suited to jazz, country, bluegrass, rock, and Western swing genres. They have bigger bodies than traditional equivalents, allowing for more C string resonance. 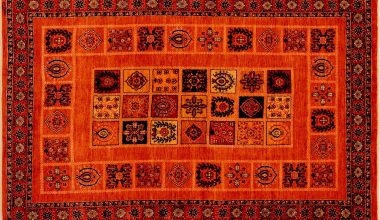 Read More
DDecorating
Are you looking for a lovely flooring surface for your home? If this is the case, you should… 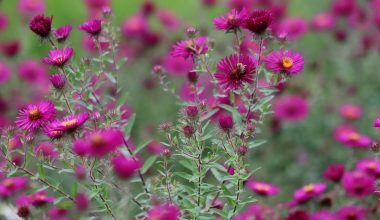 Read More
GGardening
Having a lovely landscape in your shady yard is possible with the right low-maintenance perennials for shade. These…

Read More
PParenting
Most parents will want to name all their baby girl names that start with “A.” Baby girl names… 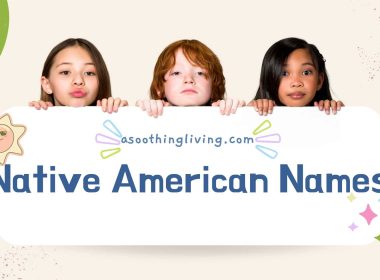 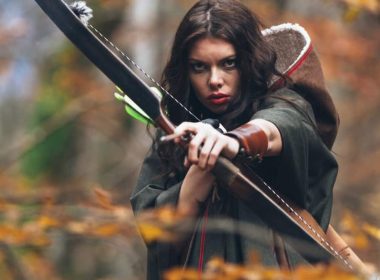