10 Different Types of Marble for Flooring and Walls

Marble is a costly stone that the Greeks and Romans once chose for sculpting and building architectural marvels.

But, it has become a royalty, culture, and traditional symbol. However, marble comes in various forms, and it’s impossible to tell the difference.

Marble differ based on location, pattern, impurities, and color. Because of these features, marble is expensive.

Below is the list of different types of marble;

Cream marble is in various forms, and also, it is one of the most popular marble types. Below are the types of cream marble.

Though Calcutta is very similar to the Carrara marble, they have differences. Calcutta marble has a dark and bright white tone, while Carrara is white with a complex grey veining pattern.

Because of its rarity, Calcutta marble is on the top list of the different types of marble.

Below are the forms of Calcutta marble;

Red marble is the most expensive among the different types of marble. Because of this, people rarely use red marble.

Below are the varieties of red marbles;

Black marble is also among the different types of marble that exist, and it has two various forms.

READ:  The Pros and Cons of Stone Tile Flooring

Below are the types of white marble;

Yellow marble is another marble type mong the different types of marble. Though people do not widely use it, it is still recognized.

However, people assume that using yellow to decorate a space creates happiness.

Below are the types of yellow marble;

Pink is widely regarded as the ideal sign of peace, fragility, and optimism. People use pink marble for various purposes, although it is most commonly found in indoor spaces where people relax.

Below are the types of pink marbles that exist;

Emperador marble is a Spanish marble that is either light or dark brown. The brown tones complement asymmetrical veining patterns in white and grey that are as striking as beautiful. Further, refined grains with uneven veins are prominent characteristics of this material.

Green marble is available in various tones and colors. Below are some of the most prevalent types of green marble.

Grey marble stands out for its ability to instill a sense of tranquility and sophistication into the surrounding.

Because of its neutral color, it may be paired with a wide range of other delicate materials.

Below are the types of grey marble;

Over the years, vinyl flooring has grown to become one of the largest markets in 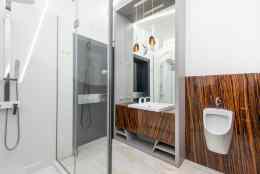 How to Get Rid of Urine Smell?

Pros and Cons of Pine Flooring

Pine flooring is a classic flooring choice for homeowners 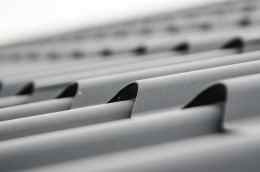 As simple as a flat roof may seem, some variations bring about this article on