Let’s find out more about the various types of edible and ornamental kale varieties, as well as which ones we like to grow in our gardens.

A long-ignored vegetable called kale is currently experiencing a resurgence in popularity. Everyone wants more kale these days, so if you’re a kale addict, you might want to try growing various varieties of kale in your garden.

Every garden should include kale because it is a good vegetable. In addition to being versatile and providing a wealth of essential nutrients, it is also cold-resistant. For many USDA hardiness zones, it can grow through the winter.

The term “farm fresh” is practically synonymous with the nutritious cool-weather green kale. This vegetable from the cabbage family has been grown for at least 2,000 years, despite its modern trendiness!

Gardeners and plant breeders have had plenty of time to create some of the most unusual kale varieties, including ruffly, wavy, flat, green, red, blue-tinted, and even purple.

This wealth of diversity offers fascinating new possibilities in the kitchen and the garden. Over the past ten years, this common green has established itself as a mainstay in many vegetable gardens worldwide due to its high nutrient content and availability of numerous cultivars. Kale is nutrient-rich and straightforward to grow.

Let’s examine these various types of kale varieties so you can decide which to grow in your garden.

The kind of kale you can buy at the grocery store is curly. It has tightly wound curls and is typically dark green, though occasionally it may have a purple tint.

One variety of kale that does well in cold climates is curly kale, which benefits from some frost on its leaves to make it taste sweeter. This plant does best in full sunlight.

Some claim that curly kale has a flavor that is slightly bitter and peppery. Despite having a somewhat bitter taste, it is a versatile plant to grow because there are many ways to use it in cooking.

Also, curly kale is the most preferred variety by gardeners and cooks alike for everything from smoothies to kale chips and everything in between.

Lacinato kale is best known for its use in Italian cuisine, but it also goes by many other names, including dinosaur kale.

One of the most challenging varieties of kale for cooking, it withstands sauces and doesn’t mush up when prepared in a recipe.

Large, two to three-inch wide, blue-green leaves characterize lacinato kale. Under stress, it doesn’t wilt but instead takes on a slightly crispy texture.

It’s important to note that lacinato kale comes from Tuscany, which is unusual given that most kale varieties prefer humid climates.

Lacinato can endure hot, dry conditions, making it a potentially good option for people who reside in southern or southwestern states.

Furthermore, Lacinato kale is an excellent option if you’re looking for a wintertime staple green. You can include it in vegetable or lentil soups.

Additionally, it goes well with other grains or beans. You could also try adding some strips to a salad.

You’ll discover that it functions well in almost every recipe. The leaves withstand braising and boiling well. This is one of the different types of Kale.

This curly kale variety is more prominent and less curly than the typical variety. Its flat, green leaves resemble large arugula leaves or even oak leaves and have an intense, reddish-purple color throughout the stems.

Red Russian kale plants develop more quickly; they usually take only 60 days to fully mature and can grow as tall as 36 inches.

Although full sunlight is ideal for this plant’s growth—unless you’re growing in a colder climate—you might not need it.

Furthermore, Red Russian kale is typically not available at your neighborhood supermarket, but you might be able to find it at a natural food store or a farmer’s market.

Red Russian kale is different and challenging to describe to people who haven’t tried it because it is sweeter and yet more peppery than other varieties of kale.

Also, the leaves can be prepared in the same manner as any recipe that calls for curly or dinosaur kale.

Here is a variety of kale that is popular among decorators. Its plant’s center resembles a flower and can be either white or a lighter shade of pink or purple. Also, these plants can be grown in USDA hardiness zones two through eleven.

You can still eat ornamental kale even though the name implies that it isn’t edible. Instead of your vegetable section, it is typically stuck in the garden’s floral area. It is still palatable.

Compared to other types, ornamental kale is frequently tougher and less flavorful. Also, it looks lovely growing in your garden or serving as a garnish for your food, but it’s just an improvement over the parsley. That implies that if you want, you could add it to stews or soups to give them a vitamin boost.

Due to its toughness, ornamental kale is typically only used in small amounts and in dishes requiring a longer cooking time to soften the leaves. You shouldn’t use this kind of kale in your vibrant spring salad.

Comparing Chinese kale to other varieties will quickly reveal how different it appears. With its large, flat, glossy leaves and thick stalks, Chinese kale seems to be a cross between broccoli and spinach.

As with broccoli stems, the stalks can be chopped and prepared. It shouldn’t be surprising that stir fries are the most common preparation for Chinese kale.

To help the leaves soften, you could saute it in garlic and olive oil, add some boiling water and cover it as it cooks. When you include other meat or vegetables, it tastes fantastic.

Furthermore, if you run out of fresh broccoli, you could use the stems as a substitute because they taste similar to broccoli.

The stems could be used separately in quiches or casseroles that call for broccoli. This is one of the different types of kale.

Redbor kale is a lovely variety with red, ruffled leaves, but it’s unlikely you’ve ever heard of it. It can be grown as an ornamental plant and used in dishes.

Each plant has a unique shade of red, ranging from deep red to reddish-purplish with hints of green.

However, it doesn’t mean it doesn’t taste good just because it can be an ornamental plant. Roasting redbor kale brings out its flavor.

Also, In most stews and soups, such as bean soup, this variety, like curly and lacinato kale, works well. You can also use some of the leaves in salads. When lightly massaged with olive oil, redbord kale leaves taste even better.

A variety of kale with enormous leaves is called Siberian kale. It is typically grown only in the southern states, usually in USDA hardiness zones 8 through 10. Siberian kale may be grown indoors if you reside in a colder region.

This variety of kale produces bright yellow flowers that bloom on the plant during the spring. In contrast to other types of kale that can withstand cold weather, it won’t survive past the first frost.

Despite being named after a cold region of the world, Siberian kale is not frost resistant.

Here is a variety of kale that thrives in cold climates and weather. While most kale varieties can thrive in cold temperatures, winter red kale gains flavor from exposure to frost.

Any gardener can grow this kale in hardiness zones three through eleven. And it takes 50 to 80 days to reach full maturity.

Furthermore, red Russian kale is the name given to the plant because its stem turns bright red while maintaining its green color.

This variety is fantastic for gardening in the winter. Compared to other types, it does have smaller leaves that are flat, comprehensive, and well-spaced with teeth.

If you grow winter red kale, you’ll discover that it has a delicate texture that blends well in salads when dressed lightly with olive oil. Because these leaves wit quickly, be sure to wrap the salad and eat it right away.

Consider growing walking stick kale if you want a distinctive variety of kale. It’s a beautiful variety that gets as tall as six feet.

Also, the plant’s stem, which can be used as a cane or walking stick when it dries out, gave rise to the name “walking stick kale.”

This variety of kale can be grown in USDA zones two through 11, and despite increasing too large sizes, it doesn’t require any unique or special care.

Scarlett kale is a fantastic option to include colorful, palatable kale in your garden. It has curly leaves and a dark purple color, making it attractive and tasty.

When eaten raw, the curly texture does make it a little strange, but the surface disappears when the leaves are cooked.

Scarlett kale can be grown in almost all hardiness zones, particularly in areas with full sunlight and neutral soil.

Ensure you give it enough water to prevent the plant from wilting and developing bitter leaves. Scarlett kale matures in about 60 days, maturing at a moderate rate.

Furthermore, the deeper the shade of red will become as it develops over time. The more the flavor will become sweeter and lighter compared to other varieties.

However, you shouldn’t pass up this opportunity to grow this variety in your garden. Who doesn’t love a plant that provides food and is also aesthetically pleasing?

The leaves don’t cook well because they are so firm and crunchy. These work best in salads or other raw dishes. This is one of the different types of kale.

Here is a Portuguese kale variety that stands out from other types due to its distinctive appearance. Also, Tronchuda kale has white or light green stems and soft, open, circular, bluish-green leaves.

This variety thrives in most environments and can be grown in hot and cold climates. Usually, maturation takes about 55 days.

Tronchuda kale is excellent for juicing because its leaves are thick and soft. Also, it is one of the easiest plants to germinate and grow, which is why gardeners adore it. However, it doesn’t grow to great heights, but it can get as wide as a foot.

This variety of kale differs from others in that it lacks the typical kale’s bitter flavor and has a mildly cabbage-like flavor.

Try abundance kale if you want to add another variety of kale that tastes great in salads. This variety is specifically cultivated to be a microgreen size, making it ideal for tucking into a salad herb garden or growing in between other plants.

For those who prefer container gardening, abundance kale is an excellent choice because it doesn’t take up a lot of room.

Because you can replant it several times each season, you can get a sizable harvest from just one plant, earning this variety its name. 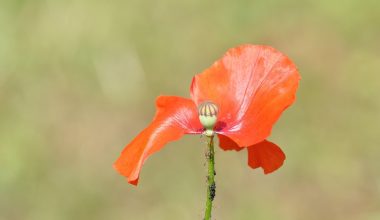 Read More
GGardening
This article will cover different types of incomplete flowers and briefly describe each. Many flowers have both sets… 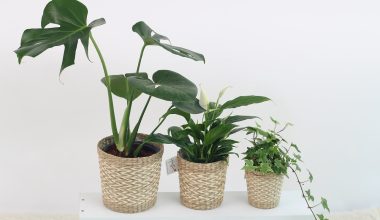 Read More
GGardening
If you’re looking to add more greenery to your home, you’ll need to pick up some pots for… 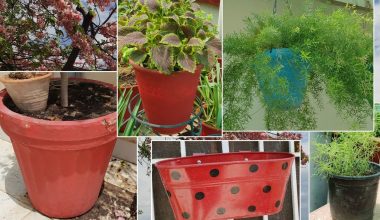 Read More
GGardening
Nowadays, plants are preferred by many as ornamental items to enrich their living spaces. Greeneries are often believed… 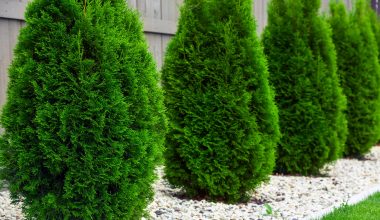 Read More
GGardening
Learn about the different types of arborvitae trees, which are evergreen plants that can live for hundreds of… 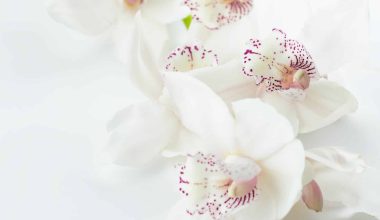 Read More
GGardening
Artificial flowers are lovely if you have pets, small children, or clumsy friends and family members who might…