In this article, we will be focusing on the different types of Aesthetic that are currently trending. Aesthetics are one’s general sense of personal style.

Teenagers are frequently aesthetics to express their identity or build relationships and a sense of community with others who share their interests.

Furthermore, an aesthetic is more than just a fashion statement; it also influences lifestyle decisions like hobbies and home décor.

Personal style is nothing new, but during the epidemic, several aesthetic communities experienced tremendous growth on the social media app Tik Tok.

The world of aesthetics inspires fashion in many different ways. The music we listen to, favorite movies, history, art, current events, and even mental states all impact our aesthetics.

Furthermore, the aesthetics we choose to reflect who we are as individuals and demonstrate our uniqueness to those around us are crucial to keeping in mind.

Knowing the various aesthetics can be helpful if we are having trouble defining our taste or if we want some inspiration for updating our wardrobe.

Furthermore, the overall design is centered on art culture and making room for your individual artistic preferences.

Meanwhile, the Aesthetic was developed by the Tumblr user sensitiveblackgirl as a way of artistic reclamation. However, it has now been whitewashed.

Athlete aesthetic is also one of the different types of Aesthetic right now. Sports and apparel of any kind, whether they are worn for athletic competition.

Or supporting a particular sports team is at the heart of the Athlete aesthetic. Despite focusing mainly on actions, the athlete aesthetic can also feature images.

Additionally, Brands like Nike have been known to incorporate their logo into fashionable wallpaper, t-shirts, and phone covers.

VSCO aesthetic is another type of Aesthetic that is currently very popular among teenagers. It is named after the photo editing software VSCO Cam which Scott Kelby created.

It features a wide range of colors and patterns and can be used to create a variety of unique effects. The main goal of the VSCO aesthetic is to make people feel good about themselves.

Science fiction served as the foundation for Aliencore’s aesthetic. Neon colors, purples, blues, greens, and black are frequently used in the color scheme.

While aliens, blacklight, and holographic images are frequently featured in the visuals.

An everyday mood or topic in the Aesthetic is loneliness or isolation, as well as the notion that one belongs somewhere far away.

Kidcore Aesthetic is also one of the different types of aesthetics right now. Exactly what it sounds like, kid core is.

Essentially, this look is based on looking like a child, along with all the cheerful hues and sentimental patterns that go along with it.

Additionally, there will be a lot of rainbow-colored apparel, vintage Barbie, Nickelodeon, and Beanie Baby things, as well as a generally whimsical atmosphere.

Furthermore, it also features bright colors, cartoon characters, and sometimes anime. Kidcore is a subculture that originated from the internet.

However, it is not limited to just cartoons and anime. There are also plenty of other sources of inspiration, such as video games, manga, and comics.

Hipsters are often stereotyped as being pretentious and trendy. However, hipsters are pretty diverse. Hipsters are usually associated with vintage clothes, beards, and retro music.

Nevertheless, the term itself is not exclusive to these things. The hipster aesthetic is much more than that.

However, no baddie suit is complete without a full face of cosmetics, including contouring, artificial eyelashes, plump lips, strong brows, and wigs.

Metallic hues are frequently used in the color scheme, along with shades like gold, silver, black, and red.

Bad guys like to pamper themselves, use social media to influence others, read racy publications, and follow celebrity rumors.

Contrary to other aesthetics on this list, most people who exhibit the country aesthetic do it unintentionally.

Gothic is another type of different types of aesthetic. It was first introduced in the 1980s. It is characterized by dark clothing, long hair, heavy makeup, and lots of jewelry. Moreover, Goths are known for wearing black, white, gray, blue, purple, and brown.

The 19th-century western university life is romanticized by the dark academia aesthetic, which celebrates pretentiousness and emphasizes self-discovery through study and classic literature.

READ:  22 Different Types of Pants for Male and Female

Cottagecore is a new style that emerged in 2015. Furthermore, this style combines the best of both worlds; it is inspired by cottage living but also features modern techniques.

Therefore, you will find some traditional pieces such as quilts, blankets, wooden furniture, baskets, and pottery.

A contemporary aesthetic is also one of the different types of aesthetic. Furthermore, contemporary is a relatively new style that emerged in the 1990s. However, it is becoming increasingly popular nowadays.

This style is characterized by clean lines, simple shapes, and a focus on functionality. Moreover, you can see contemporary clothes in many colors, including white, black, navy, light blue, pink, yellow, and purple.

Similar to the VSCO girl appearance, but with a strong emphasis on pastel colors and sparkly hair barrettes.

In addition to flowery prints, pleated skirts, pinks and purples, sweater vests, and cardigans, the costumes typically have a highly feminine appearance.

Additionally, it can still be deemed “soft” because it’s about the overall vibe you’re emanating. Even though some variations also incorporate sharp contrast pieces like chunky boots, black baguette bags, or stunning sunglasses.

An aesthetic for girls who like anime, gaming, Monster energy drinks, nu-metal, conventions, and cosplay is called the “e-girl” (or “electrical girl”).

E-girls frequently wear their hair in elaborate hairstyles such as space buns, pigtails, bangs, and twintails, some of which have sections colored a different color.

Furthermore, Winged eyeliner, blush on the nose, contrasting lipstick, fake freckles, and artistic doodling are the typical components of makeup.

Royalcore adopts the characteristics of western European monarchies and draws influence from the customs of European royalty.

Furthermore, the style is centered on architectural elements, such as elaborate gardens and grounds and castles with marble columns, archways, spiral staircases, turrets, and crenelations.

Meanwhile, Regalia, such as crowns, tiaras, and wreaths, are worn with pearls, cameos, gloves, and clutch bags.

Consider the late 1980s and early 1990s, when flannels were *the* fashion statement, and bands like Nirvana and Pearl Jam ruled.

In 1992, Marc Jacobs also introduced a grunge collection for Perry Ellis that has since become renowned and was motivated by the emerging music scene in the Pacific Northwest.

Additionally, lots of mesh, plaid, varied patterns, combat boots, and layered choker necklaces are the fashion outcomes of the look.

In addition, it also doesn’t hurt to include a few guitars in the background of a picture, as in this one of the singers, Beabadoobee.

Space core is centered on NASA and astronomy. The aesthetic includes:

In addition, today’s Aesthetic is highly influenced by retro-futurism and the space era of the 1960s, creating a riveting dual perspective of the past and the future.

vintage Aesthetic is also one of the different types of aesthetic. The term “vintage aesthetic” serves as a catch-all for a broad range of styles that arouse nostalgia for a certain period.

People who adhere to the retro aesthetic embrace popular activities and immerse in popular culture from the chosen era.

In addition to fashion trends from that period, people that adopt a vintage look are referred to as retro or old-school.

This approach is “letting go of the need to look special,” as The Cut puts it. Typically, your clothing is uncomplicated and made up of essentials.

In addition, t is typically characterized by plain-looking clothing rather than trend-driven or boisterous.

Furthermore, to better understand the normcore aesthetic, Jerry Seinfeld is frequently used as an example. The better, the more plain your “fit” is.

With core is exactly what it sounds like—it centers on a magical way of living. Activities like tarot readings, magic, casting spells, seances, and gem-collecting are frequently done outside.

Natural items like succulents, herbs, mushrooms, moss, and dried flowers can be found in witch core.

The gothic style has been around since the 14th century. It’s characterized by its use of heavy fabrics, long flowing dresses, pointy-toed shoes, and elaborate headpieces. A common theme throughout the history of the Gothic style is the idea of death and decay.

Steampunk is a subgenre of sci-fi that incorporates Victorian technology into the 19th-century setting. It was popularized by writer K. W. Jeter and his novel Altered Carbon.

Rounding off our list of different types of Aesthetic is the Minimalism Aesthetics. Originating as an art style, minimalism evolved into a way of life centered around getting rid of excess stuff.

Conclusively, finding your Aesthetic is best accomplished by examining what already exists and identifying what appeals to and inspires you.

Next, go over your belongings, particularly your wardrobe, and see what you currently have that fits with your newly discovered aesthetic.

Then, gradually include desired activities and lifestyle changes by adding clothing and other items and employing time management. 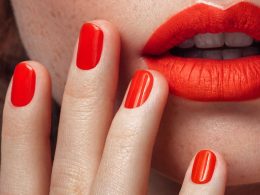 There are different types of gel nails to show your beauty 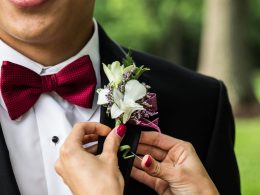 Bow ties have been fashionable for a long time, and you can wear them in both

12 Types of Manicures You Should Try

We all love to pamper ourselves 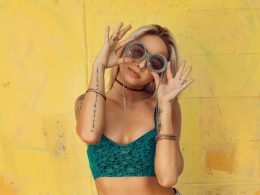 17 Different Types of Tops for Women

In today’s fashion industry, there are many different types of tops