31 Countries With Same-sex Marriage Around the World

The possibility of marriage for same-sex couples has now become a serious issue, and several countries have implemented laws to protect their rights.

Same-sex marriage is a civil marriage or marriage ceremony between two persons of the same biological sex or social gender. Same-sex weddings are sometimes called “gay weddings” on consumer websites.

Netherland was the first country in the world to formally approve same-sex marriage. In 2001, four couples tied the knot in the world’s first same-sex wedding. Since then, the country has recorded over 15,000 gay marriages.

Three years after the Netherlands paved the way for same sex couples, Belgium followed suit after King Albert II gave the bill his royal assent on the 1st of June, 2003.

The parliament later granted same-sex couples the right to adopt children in 2006. Belgium was one of the first European countries to do so.

In 2005, a deeply polarized Spanish parliament reversed its anti-gay law, granting equal rights to all married couples regardless of gender.

The Vatican and the Catholic Spanish Bishops Conference strongly condemned the law, and large crowds demonstrated in Madrid in support and opposition.

The Supreme Court ruled that the lower court judges lacked legal standing to file the lawsuits.

When the provincial and federal governments extended common law marriages to gay and lesbian couples in 1999, same-sex couples in Canada gained the majority of the legal benefits of marriage.

The ruling Conservative Party of Canada’s attempt to reexamine the matter was defeated in 2006, leaving the statute unaltered.

The new law was enacted by more than a five-to-one majority, with support from both the main opposition Democratic Alliance and the ruling African National Congress. But the traditional ruler of the Zulu people, who make up around a fifth of the country’s population, believes that homosexuality is immoral.

Despite opposition from the Christian Democratic Party and the Progress Party and a public debate about state funding for lesbian couples’ fertility procedures, it passed.

The Swedish parliament passed a bill legalizing same-sex marriage with an overwhelming majority in April 2009. The law permits gays and lesbians to marry in both religious and legal ceremonies, but it does not require clerics to preside.

Since January 2007, the Lutheran-affiliated Church of Sweden, to which nearly three-quarters of all Swedes belong, has blessed same-sex marriages. The church’s governing body voted in October 2009 to allow clergy to officiate in same-sex marriage ceremonies.

The same year, Portugal approved a bill to legalize gay marriages, making it a total of eight countries with same-sex marriage at the time.

However, once the legislature passed the bill, Portugal’s president, Anibal Cavaco Silva, requested that the Constitutional Court review it.

The legislation was found constitutionally valid by the Constitutional Court in April 2010. Silva signed it in May of that year, and it went into force a month later. The law prohibits same-sex married couples from adopting children in Portugal.

Iceland was one of the few countries with same-sex marriage after its parliament enacted a bill in its favor. Before the vote, public opinion polls suggested widespread support for the bill, and none of the country’s lawmakers voted against it.

Since 1996, Iceland has permitted same-gender couples to register as domestic partners. A decade later, the legislature approved a bill permitting gay couples to adopt kids.

In late June 2010, Johanna Sigurdardottir, the country’s prime minister, married her longtime partner, Jonina Leosdottir, after the new law took effect. She was one of the first persons to marry under the new regulations.

Argentina was one of the first countries with same-sex marriage in Latin America. The measure passed both chambers of the Argentine legislature and was signed into law by President Cristina Fernandez de Kirchner.

Although, there was strong opposition from the Catholic Church and evangelical Protestant congregations. Same-sex couples who marry have the same rights and responsibilities as heterosexual couples, including adopting children.

Countries with same-sex marriage from 2011 till date

The Danish parliament approved a bill legalizing gay marriage in June 2012. After Queen Margrethe II granted her royal consent to the bill, it became law a few days later.

Denmark was the first in the world to recognize same-sex couples as domestic partners in 1989. In addition, the government passed legislation in 2010 enabling gay couples in registered partnerships to adopt children.

Uruguay’s lower house of Congress approved same-sex marriage legislation on the 10th of April, a week after the country’s Senate did.

On the 3rd of May, Uruguayan President José Mujica signed the bill into law, becoming Uruguay the second Latin American country after Argentina to legalize same-sex marriage.

Following the legalization of same-sex marriage in 2013, the country’s inclusive LGBT rights law began to draw thousands of tourists each year.

The National Council of Justice of Brazil declared on the 14th of May, 2013, that same-sex partners should not be denied marriage certificates, allowing same-sex marriages to begin across the country. (Nearly half of Brazil’s 27 jurisdictions permitted same-sex marriage)

Following the legalization of same-sex marriage in 2013, over 3,700 marriages took occurred that year.

On the 18th of May, President Francois Hollande signed a bill legalizing same-sex marriage into law. France was the 14th country in the world to do so.

Even though the bill passed both the National Assembly and the Senate in April, Hollande’s signature was delayed until a court challenge brought by the conservative opposition party, the UMP, was resolved. The Constitutional Council, France’s highest court, ruled that the bill was constitutional on the 17th of May.

The bill legalizing same-sex marriage in England and Wales received Queen Elizabeth II’s “royal assent” on the 17th of July, 2013. The measure had received a final vote in the British Parliament the day before, after months of debate. “No matter who you are and who you love, we are equal,” former UK Deputy Prime Minister Nick Clegg stated after the historic decision was made.

New Zealand’s Parliament gave final approval to a bill legalizing same-sex marriage on the 17th of April. It became the world’s 13th country and the first in the Asia-Pacific region to do so.

New Zealand voters approved a bill to legalize same-sex marriage by a 77-44 margin.

Luxembourg’s Chamber of Deputies unanimously implemented legislation on the 18th of June allowing gay and lesbian couples to marry and adopt children. The bill was championed by Xavier Bettel, the country’s openly gay prime minister, and went into force in early 2015.

The new legislation was the country’s first major marriage amendment since 1804.

Eleven years after same-sex marriage became legal in Massachusetts, the United States Supreme Court ruled that the constitution guarantees it throughout the country.

The 5-4 decision is based partly on the court’s analysis of the 14th Amendment, which states that restricting marriage to heterosexual couples contradicts the amendment’s guarantee of equal legal protection.

Following the legalization of same-sex marriage in the United States, the hashtag #LoveWins quickly became the world’s most popular trending hashtag on Twitter.

Greenland, a Danish autonomous territory, was exempt from Denmark’s same-sex marriage law, which took effect in 2012. On the other hand, Greenland legislators passed a bill in May 2015 to legalize same-sex marriage on the world’s largest island.

Ireland, a Catholic-majority country, became the first country to allow same-sex marriage through a majority vote on the 22nd of May, 2015. More than six out of ten Irish voters (62 percent) voted “yes” to amend the Irish Constitution to state that “marriage may be contracted under the law by two persons without distinction of sex.”

Colombia became the fourth Catholic-majority South American Country to recognize same-sex marriage on the 28th of April, 2016. By a 6-3 majority, the country’s Constitutional Jury decided that “all people are free to choose independently to raise a family in accordance with their sexual preference.”

In November 2014, the Finnish Parliament passed a bill legalizing same-sex unions. It was signed into law by Finland’s president, Sauli Niinistö, in February 2015. In 2017, Finland made same-sex marriage legal. The bill pushing for same-sex marriage legislation began as a “citizen’s initiative” with 167,000 signatures.

Despite opposition from the Catholic Church, Malta’s parliament voted almost overwhelmingly in July 2017 to allow same-sex marriage. The law went into effect in September of that same year.

The country’s Bundestag (or parliament) voted 393-226. It came just days after Chancellor Angela Merkel stunned many by suggesting that MPs of her ruling Christian Democratic Union should be allowed to vote their conscience on the subject. Her party was known to oppose same-sex marriage formally.

The Australian parliament enacted legislation on the 7th of December, 2017, allowing gay and lesbian couples to marry lawfully.

The bill was passed just three weeks after Australians voted overwhelmingly to legalize same-sex marriage in a non-binding statewide referendum, 62 percent to 38 percent.

Taiwan became the first Asian country to allow same-sex marriages between gay and lesbian couples on the 17th of May. Outside the parliament building in Taipei, demonstrators, LGBTQ rights supporters, and protesters filled the streets as they awaited the decision. “I’m thrilled to be living in Taiwan and experiencing that day,” LGBTQ activist Jay Lin told ABC News.

Ecuador legalized same-gender marriage in 2019, making a total of five Latin-American countries with same-sex marriage. On the 50th anniversary of the global gay equality movement, the country’s highest court approved same-sex marriage on the 12th of June, 2019.

Since 2014, same-gender marriage has been legal in England, Scotland, and Wales, but Northern Ireland’s parliament, Stormont, had refused to recognize it. Following Stormont’s demise, MPs at Westminster intervened to change regulations governing same-sex marriage and abortion.

Costa Rica became the first Central American country to recognize same-sex marriages on the 26th of May, 2020, following a landmark ruling by the Supreme Court.

Daritza Araya and Alexandra Quirós were among the first to marry after the restrictions were lifted at midnight, and the two women broadcasted the ceremony live online.

The law took effect in the middle of the coronavirus pandemic, and the service was provided by a notary who wore a mask. 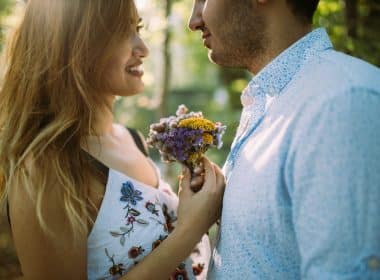 Read More
RRelationships
There are different best types of flowers for girlfriends to get your girlfriend some attention. However, picking the… 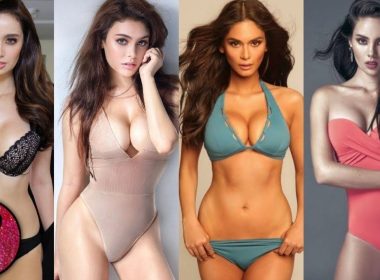 Read More
RRelationships
Dating is hard, but thanks to advancements in technology, online dating websites like these Filipino dating sites have… 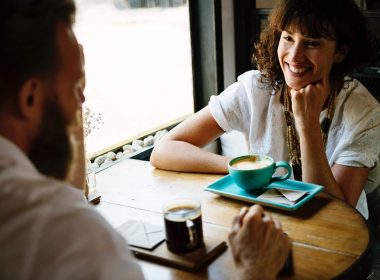 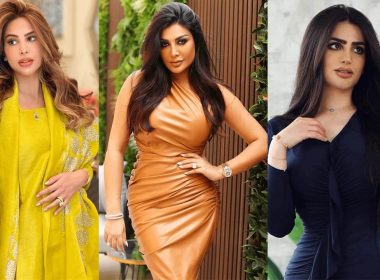 Read More
RRelationships
Online dating is now easy as a result of the advancement in technology. What’s more? There are top-notch… 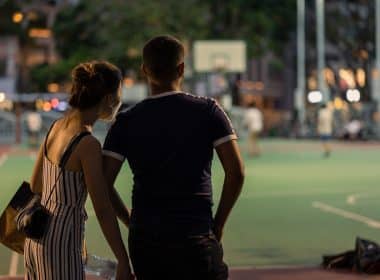 Read More
RRelationships
You want to feel a variety of different feelings on a nice date. You desire happiness, hope, and…