When naming a child, every parent surely wants to pick a name that possesses a good meaning as well as positive attributes that they want to see in their child.

While some search for Biblical or traditional names, some other parents tend to search for names that are related to the good and beautiful things in the earth.

If you fall into the second category of parents, this article is compiled just for you. The winter season is one of the most Philomena things in nature.

It posses a beauty of its own as every bit of earth is covered in the pure white snow. There are tons of names that are inspired by the elegance that the winter season brings.

If you want to give your gorgeous baby girl a name that is inspired by this magnificent season, here are several options you could choose from.

Inspired by the state of Alaska, the name has the significance of wintery Alaska in it. Alaska is renowned for its beautiful mountains covered with snow. It originally originated from the native American language, and it means “great land.”

This pretty name would look good on a bright and intelligent young girl. Alba means “bright and white.” As we know, the white color is directly a symbol of the snow-covered winter season. it also signifies peace.

Bia is a Chinese name meaning pure or white it rhymes, it is actually unisex and frequently found as a surname.

This beautiful name also means “white” and is closely related to snow as it gives an impression of the white blanket of snow covering the earth during winter.

The name which originates from French is a classic bearing name for a girl, and the name means “white.” It fits well with the winter season vibes.

The name reminds us of the Christmas Carols, especially those sung in Opera tunes during the festive season in winters. This lovely name means “beautiful person.”

This would make a very modern name for your daughter as it carries the winter vibes associated with it, especially if your girl is born in the winter months, especially December, or even on Christmas Day.

This short and frosty name brings to mind the image of coal mines and snowmen to us. It is a gorgeous and crisp name for your little girl, which has a depth to its meaning.

This name carries the pretty winter vibes in it, and it would be a very cute and fresh name for your baby girl. Crystal means “sparkling.” It is expressive of the pretty icicles that happen to occur every winter.

This is the name of a Greek Goddess that is considered to be the one who causes the winter season is ancient Greek times. This name can be shortened to Demi.

Eira is the word for snow in the Welsh language word. It is a very common name in Norway and Sweden. It is also a variant for “Eir,” the name of a Norse Goddess.

Your little girl could just be an ice princess, just like the name of the character in the popular movie “Frozen.” The name Elsa is the shortened form of the Hebrew name Elizabeth, which is the Hebrew language.

Ember is a beautiful name for a girl. It is associated with the beautiful warm fire that is related to a cold winter night.

The name is quite popular in Spain. It is the feminine version of Basque, and it means to show. You can shorten it to Edur.

Frostine is a French word that means “snow.” It is a very nice name for your winter born baby girl, as it gives a kind of flower vibe when pronounced. You can as well give nicknames like “Frosty” or “Tina” to your baby.

Fenella is a nice Scottish name. Fenella, which means ‘white shoulder,’ is one of the most distinctive and wearable names out there, especially with the “Ella” at the ending.

Garnet is the name of the birthstone for January; it is associated with winters and would make a beautiful name as well as give the precious vibes to your beloved little daughter.

The name has a romantic Camelot history; it means ‘white shadow or white shoulder,’ quite a snowy name right, other names such as Gwyneth, Gwendolen, Genevieve,   and Gwyn share similar meaning.

READ:  Toddlers in Daycare: the Benefits and Drawbacks of Early Schooling

Gwendolyn is a Welsh language word that means “fair and blessed.” Such nice attributes work too!

Holly is the name of a tree, which produces juicy berries that usually ripens during the winters. These bright berries symbolize that the winter could also be a productive season. It is a very nice name as well.

It is a name directly derived from the word “ice.” It has a snowy and “compassionate” vibe to it. It is a beautiful name to be given to your little princess.

Ivy is a vine that generally grows during the winters with a beautiful bright color. It is a popular name in countries like New Zealand and England. The literal meaning of this name is “faithfulness.”

This name is derived from “Janus,” who was regarded as the God of snow according to ancient Roman mythology.

January, as we know, is the name of the first month of the year. It is considered one of the coldest months of the year. And would make a very unique name for your little girl.

Inspired by the Juniper tree, the name is considered to be a very rare name, but it has been gaining popularity worldwide in recent times.

This was the name of Swedish saint born during the winter and Christmas season.

The meaning of the name is “snow.” It is one very rare and very unique name that has a gorgeous winter charm.

Merry means “Guardian of the Sea,” it also means “Happiness.” The word constantly reminds us of the happiness that comes with the festive season of Christmas. Come to think of it, what could be a merrier name than Merry itself?

Natalie is a name that was usually given to the girls born on Christmas,  The Hollywood actress Natalie Portman is the most famous personality bearing this name.

Natasha is a Russian name that means “birthday of the Lord.” The name referred to the festive season of Christmas when Jesus Christ was born.

READ:  Bedwetting in Children: Everything You Need to Know as a Parent

Neve is derived from the word Niamh, and it means “snow.”

This is a Spanish name that means “snowing.” It would make a perfect name for your baby girl, especially if she was born when it just started snowing; you could give her this for a winter name.

Nevata is another cute name, it is an Italian name, and it means snow.

This is also a Spanish word that refers to ” The Lady of the Snows” or  “Virgin Maria.” It is related to a “miracle” performed by Mother Mary by not letting the snowmelt in the heat of August.

This is an exotic name, which means “Christmas.” This beautiful name has a lot of positive energy to it as it is directly associated with the festive Christmas vibes.

North indicated the winters and cold weather. They say the mysterious Santa lives in the “North Pole,” which is the supposed coldest place on earth. The name gained popularity after Kim Kardashian named her daughter North.

However, this is a unisexual name which is derived from the name of the Oaktree. But it suits a girl better. It is also the name of an eyewear brand.

Olwen is a very cute name form the Welsh language. It means “white footprint.” And it refers to the white footprints marked when you walk on the snow during the winters.

Paloma means “a dove.” The dove is a beautiful and very peaceful white bird known for its purity and its significant roles in Biblical stories.

The beauty of a snowflake looks very tender, just like a cute little princess. Snow would make the best name to give to your winter-born baby girl, and it is both unique, gorgeous, and cute as well.

Yes, Just like the animated movie princess, the name is beginning to gain popularity as more and more parents now find it attractive.

The name means white in Basque. This is the exotic name the great basketball player LeBron James gave his daughter.

You should also check out Baby Boys Names that Mean Winter, Snow or Ice

Top 10 Dog Breeds For Your Kids

Dogs are often a great addition to homes, especially those with children 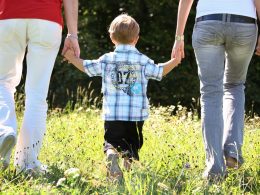 How Does Equal Shared Parenting Work?

Parenting has never been a walk in the park, especially where a couple is going 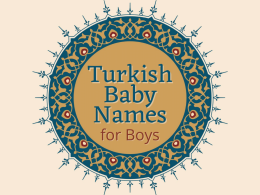 150 Turkish Boy Names and Their Meanings 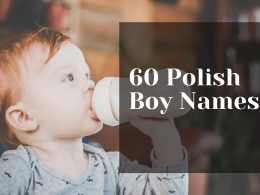 Here Are 60 Polish Boy Names You Should Choose From

If you’re looking for a name for your son, it’s a good idea to take